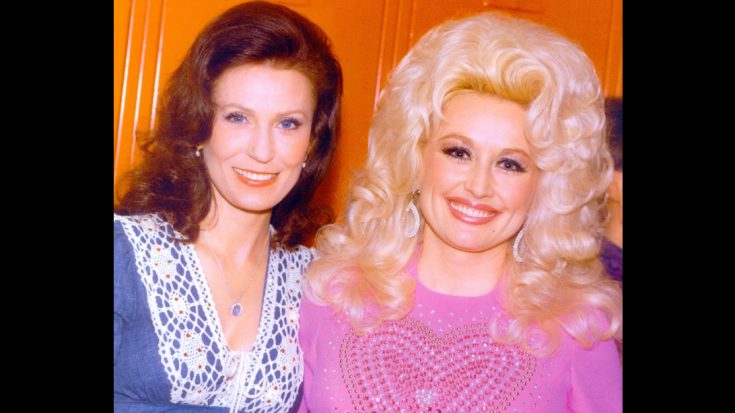 In a new interview with TODAY, Dolly Parton opened up about how she has grieved the deaths of some of her closest country music friends.

The country music community has lost several legendary artists in recent years, including Naomi Judd, Loretta Lynn and others. One thing those ladies had in common was their friendship with Dolly Parton. The “Jolene” singer was asked by TODAY host Hoda Kotb how she dealt with the losses.

“With Loretta, she was very dear to me like a sister. Same with Naomi. We were the same age and we loved the same things. I loved her. I also lost Kenny Rogers. Three of my dearest people in the business in a very short period of time,” Dolly recalled. “And I grieve over them almost like you do a family member. And I think of them, but you try to keep the good memories.”

Dolly added that the old song “Precious Memories” reminds her of her dear friends. One of the song’s lines is especially poignant to Dolly.

“‘Precious memories, unseen angels. Sent from somewhere to my soul.’ And I think about that…the precious memories just flow in and out of you and you remember special things about them,” Dolly explained as Hoda wiped away tears. “You feel like they’re still all around you.”

Kenny Rogers, Dolly’s longtime duet partner and friend, died in March 2020 at the age of 81. Naomi Judd died roughly two years later in April of 2022. Most recently, Loretta Lynn passed away at the age of 90 in October.

The country legend also starred in a TNN television special of the same name where she performed the song and many others from the album. Hear Dolly Parton sing “Precious Memories” in the video below.