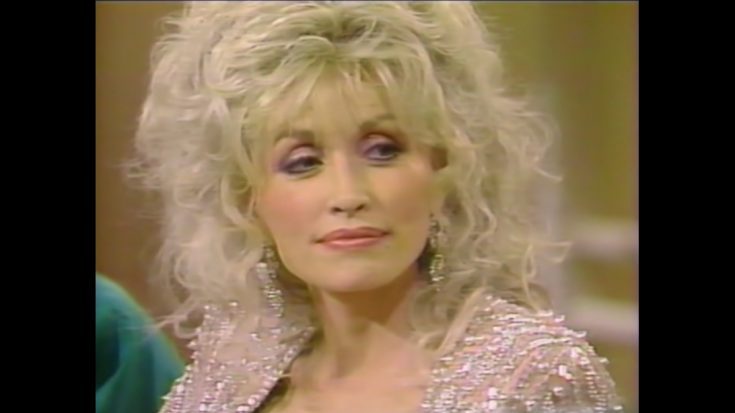 More than 30 years have passed since the comedy-drama film Steel Magnolias hit the big screen, and a resurfaced interview with one of the films stars is giving a new generation of fans a glimpse behind-the-scenes of the iconic film.

“He was very hard on me. He told me I couldn’t act, and I said, ‘Well, hell, I know I can’t act.’ I said, ‘That’s your job. You’re the director and you’re supposed to help me with my acting. You hired me ’cause you thought I was going to make you a lot of money – now, earn it,” Parton said during an interview at New York’s Westbury Hotel.

Parton, who played hairstylist and town gossip Truvy Jones, also shared that she took the role because she knew her acting limits and Truvy was close enough to her real self that she felt she could play the part well.

“Since I’m not an actress, and don’t exactly know what all that even means – the technical end of it – I took on Truvy ’cause I knew she was close enough to me, where I could play her real well,” Parton explained.

Dolly said that she believes that if she hadn’t made it as a country singer she could have very well ended up working in a beauty shop like Truvy.

“I would have wanted to have a career in glamour, to be able to keep up my hair and nails and makeup, and have an excuse to do it – and to be able to get free bleach,” she said, laughing.

Dolly and her Steel Magnolias co-star Daryl Hannah went to beauty school so they could accurately play their parts. Parton got to put her beauty school training to good use in the film when she actually cut Julia Roberts’ hair during a particularly emotional scene. Julia Roberts’ character, Shelby, has a baby and decided to cut off her beautiful long hair to “make things as simple as possible.”

Hear Dolly Parton reminisce about Steel Magnolias in the interview below.