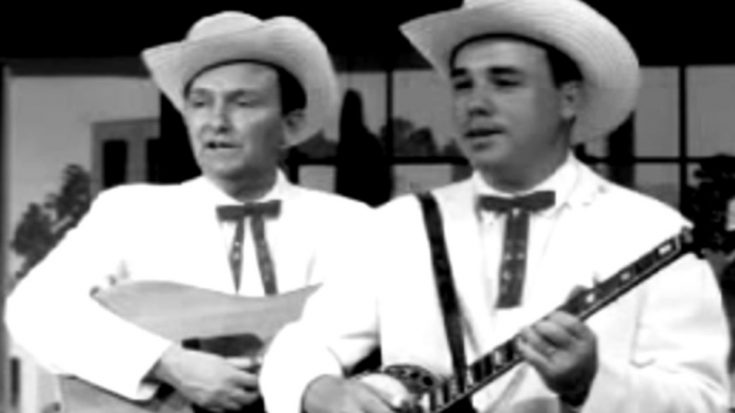 Legendary bluegrass duo Lester Flatt and Earl Scruggs were already famed musicians when they released their now-iconic song, “The Ballad Of Jed Clampett.” Their most famous song was “Foggy Mountain Breakdown,” which was first released in 1949 and used in many car chase movie sequences, most notably in Bonnie and Clyde.

“The Ballad of Jed Clampett” was introduced to the masses as the theme song for the classic television series The Beverly Hillbillies, which debuted in 1962.

It provided the backstory for the television series and was sung by Jerry Scoggins accompanied by Flatt and Scruggs. When the theme song was released as a single, Flatt sang lead vocals and that is the version that has become extremely familiar to many.

The song tells the story about Jed’s former struggles, transitioning into a sudden shift in events. Our main man Jed has a backyard discovery that makes him an immediate millionaire – oil. Jed then packs up his family of hillbillies and takes them, along with his endless amount of money, to Beverly Hills. The show provided endless laughs throughout its reign, securing seven Emmy nominations. Although the show ended in 1971, it has been a fan favorite ever since, and was even made into a movie in 1993!

Although the show ended in 1971, the song continues to be recognized and loved!

Listen to the hit below.