Lionel Richie Opens Up About His Lifelong Friendship With Kenny Rogers 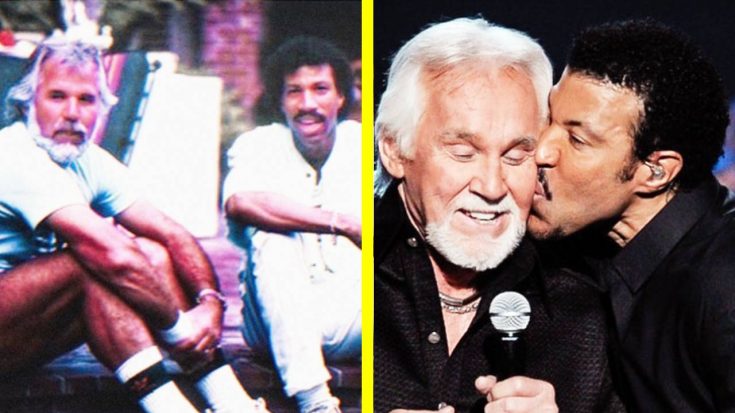 His family almost immediately announced the news, so most people didn’t hear about it until they woke up Saturday morning. One of those people was Lionel Richie, who then took to social media to pay tribute to his longtime friend.

“Today I lost one of my closest friends ? So much laughter so many adventures to remember, my heart is broken. My prayers go out to Kenny’s Family,” he wrote.

Today I lost one of my closest friends ? So much laughter so many adventures to remember, my heart is broken. My prayers go out to Kenny’s Family.?

While most fans know that Richie wrote Rogers’ 1980 hit song “Lady,” most don’t know how that came about or that they stayed extremely close after that.

The collaboration sparked a lifelong friendship.

“I had written ‘Lady’ for the Commodores, and they didn’t want it,” Richie told PEOPLE. “’Kenny wants to have the song,’ they told me. When ‘Lady’ came out, it was an explosion onto the music scene.”

It went number one on three different Billboard charts and Richie says the two had “a mutual admiration society.”

Both legends in their own genres, one was a country singer and the other sang funk and soul. Even they knew they were an interesting pairing. Richie called them the “oddest of odd couples. Abbott and Costello, Laurel and Hardy, whatever you want to call it. That was us.”

Their close friendship sometimes turned into a mentorship, with Richie thinking of Rogers as an older brother to seek advice from.

“Everything that happened in my life, truthfully, from that moment on, had a Kenny Rogers stamp on it,” he said. “I couldn’t have asked for a better mentor. When I was going through everything, leaving the Commodores, trying to be a solo artist, trying to figure out what that means — he was that guy.”

Adding one last note about the late legend, Richie said, “Kenny had the ability to just laugh through absolute disaster. He made everything in my life, up until his death, just an enjoyable ride, man. Kenny was all about love.”

The disaster he’s speaking about could possibly be about their Bahamian vacation, which he spoke about on Jimmy Kimmel Live in 2018.