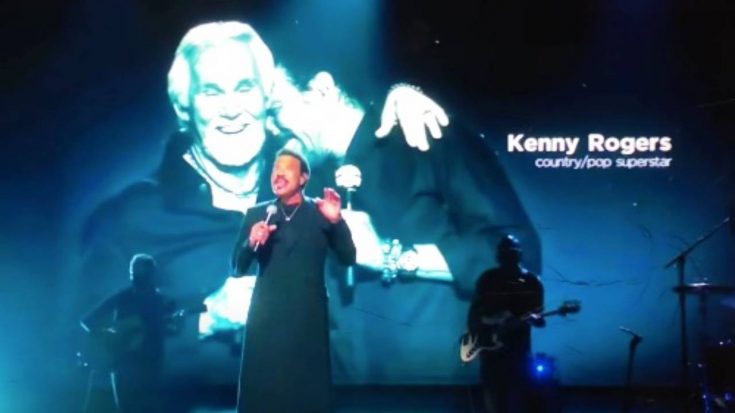 The 63rd Grammy Awards took place on Sunday (March 14). The night was filled with history-making wins as well as incredible performances.

Mixed in with the performances were tributes to musicians who had passed away including Kenny Rogers and John Prine.

In memory of JOHN PRINE. A melancholy presentation at 63rd annual Grammy award in honor of departed. pic.twitter.com/ZcK3D4oFKs

Lionel Richie was tasked with paying tribute to his friend Kenny Rogers, and there was no one better suited for it. The two began a friendship in 1980 after Richie wrote “Lady” for the country legend. It was a crossover success, hitting number one on both the country and all-genre Billboard charts.

Richie and Rogers remained close friends for many years. In 2012, they re-recorded “Lady” as a duet for Richie’s album Tuskegee. They later performed the song together live during the Lionel Richie & Friends concert special.

After performing the hit he wrote for his dear friend, he said, “I miss you, Kenny. I miss you, man.”

Richie took to social media after coming off stage and shared a few photos of the two from over the years, as well as one shot from his tribute to Rogers.

“When I wrote ‘Lady’ for Kenny Rogers, little did I know it would be the start of a friendship that would last a lifetime,” he wrote. “Singing this song at the #Grammys, without Kenny there, was incredibly hard.”

Rogers’ family and team witnessed the performance and took to social media to express their thanks to Richie. They wrote, “This was such a touching moment during last night’s #Grammys. THANK YOU, Lionel Richie, for the moving tribute! It couldn’t have been more from the heart.
-Team KR”

One thing about Lionel Richie… He wrote love songs you could feel. RIP to Kenny Rogers. #GRAMMYspic.twitter.com/KKiLllIZJh