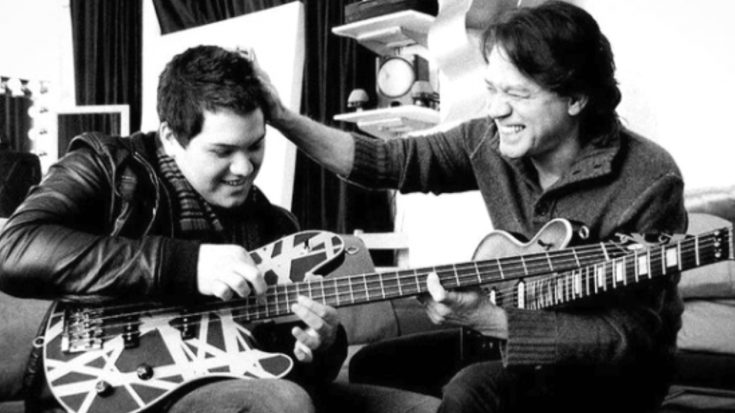 Wolfgang, 29, took to social media to share his thoughts about the award show’s Memoriam segment. The ceremony highlighted the iconic rocker who passed away in Oct. 2020 after a battle with throat cancer. On Twitter, Wolfgang shared his disappointment in the quality and length of his father’s tribute. He wrote:

“It was my understanding that there would be an ‘In Memoriam’ section where bits of songs were performed for legendary artists that had passed. I didn’t realize that they would only show Pop for 15 seconds in the middle of 4 full performances for others we had lost.”

Wolfgang, who previously played bass for Van Halen, admitted that he expected that his father’s legacy would receive more acknowledgment. In his statement, Wolfgang explained:

“What hurt the most was that he wasn’t even mentioned when they talked about artists we lost in the beginning of the show. I know rock isn’t the most popular genre right now, (and the academy does seem a bit out of touch) but I think it’s impossible to ignore the legacy my father left on the instrument, the world of rock, and music in general. There will never be another innovator like him.”

While Wolfgang was displeased with the tribute, the musician ultimately did not want to start a “hate parade.” Instead, Wolfgang offered to “speak with The Recording Academy not only about the legacy of my father, but the legacy of the Rock genre moving forward.”

Wolfgang recently played a tribute to his father for TODAY. Check out the acoustic performance below.