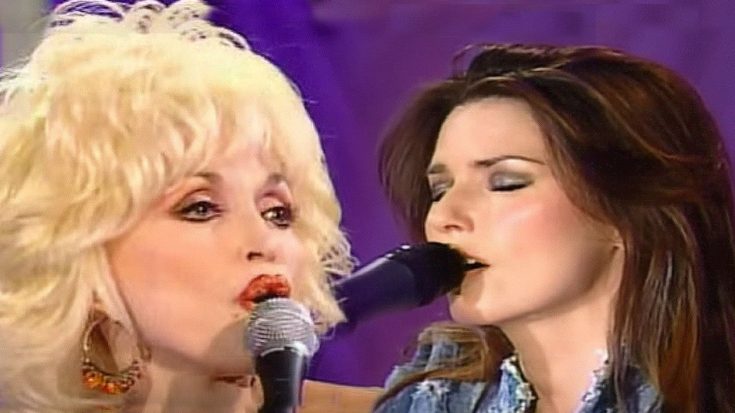 Not many people can command a stage quite like Shania Twain or Dolly Parton. So, when they perform together, they are unstoppable!

The two singers sang Parton’s iconic song “Coat of Many Colors” for an appearance on Oprah in 2003. They took turns singing the verses, but teamed up for the chorus.

They were accompanied by a backing band that included Alison Krauss on the fiddle! The addition of Krauss and Twain took this song we knew and loved and turned into a song we love even more!

“Coat of Many Colors” was released by Parton in 1971 and has said it is her favorite song she has written. The lyrics came to her while traveling with Porter Wagoner on a tour bus. She didn’t have any paper, so she wrote it on the back of one of Wagoner’s dry cleaning receipts. After the song became a hit, he had the receipt framed.

The song inspired a TV movie appropriately titled Dolly Parton’s Coat of Many Colors. The movie follows Parton’s childhood and tells the story that inspired the song.

Watch the amazing performance below!