Kenny Rogers Offered “The Gambler” To Willie Nelson, But He Turned It Down 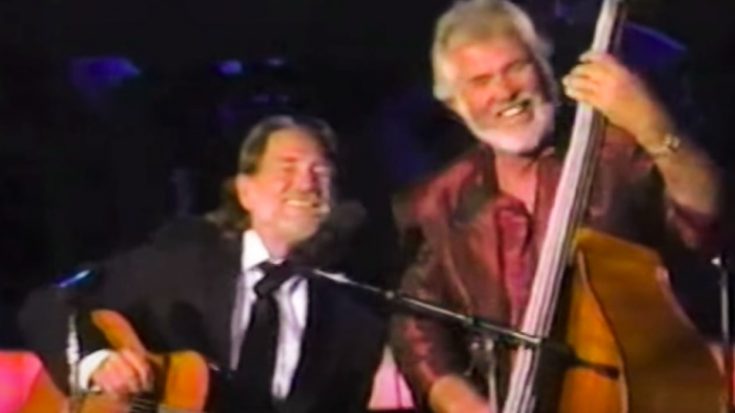 In 2020, Willie Nelson sat down for a video call with TODAY‘s Jenna Bush Hager to talk about his career. He shared some exciting plans for the future and told one intriguing story from his past.

The conversation eventually turned to Kenny Rogers, who passed away in March of that year at the age of 81. Nelson shared a little tale about Rogers, saying he offered him “The Gambler.”

We now know “The Gambler” to be Rogers’ signature song, but its history dates back further than that. The track was written by Don Schlitz in August 1976 and was first recorded by Bobby Bare. Bare’s recording was not a huge success, and neither was Schlitz’ own recording, which peaked at the 65th spot on the chart.

Both Rogers and Johnny Cash released renditions of “The Gambler” in November 1978. Cash included his version of the song on his album Gone Girl, while Rogers released his recording as a single.

This time the song took off. Rogers’ version of “The Gambler” topped the Hot Country Songs chart and crossed over to claim the #6 spot on the all-genre Billboard Hot 100.

But if history had played out a little differently, it may have been Nelson who first took “The Gambler” to the top of the chart.

During his chat on TODAY, Nelson said Rogers approached him years ago and tried to get him to sing “The Gambler.” Rogers hadn’t recorded the song himself at that time:

Why did Nelson turn “The Gambler” down if he liked it so much? He explained his rationale:

“…because I was doing every night a song called ‘The Red Headed Stranger’ which has 100 verses in it, and it’s a long song,” Nelson said. “And I said I just don’t want to do another long song, and I can’t quit doing ‘Red Headed Stranger.’ So he said, ‘Okay, I’ll record it myself.’ And so he did, and there it is.”

And to answer the question you’re surely wondering…does Nelson have any regrets about passing on “The Gambler” and letting Rogers have it? The answer…nope!

“No, that was Kenny’s song all the way,” Nelson said.

Even though Nelson turned down “The Gambler,” he performed with Rogers many times through the years. Watch one of their collaborations below.