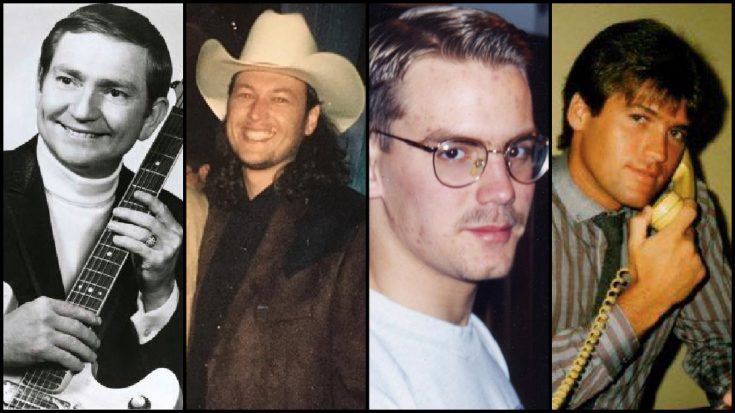 Being a recognizable celebrity definitely has its perks. Besides the obvious upsides that come with a celebrity lifestyle, there’s also the platform to become a trendsetter with fashion and style choices. But, there is one major downside to such a platform – there are plenty of pictures out there to document your choices…good and bad.

Such is the case with the 11 male country singers listed below who have undergone some pretty drastic hair transformations over the course of their careers. Some started with short hair and now sport long locks. Some sported a long ‘do and now are short. We are well aware that there are more artists that could have been included in this list, but these 11 took the cake. Check out the list with before and after photos below and let us know what you think.

Some of the world’s most famous braids belong to Willie Nelson. In fact, his braids once sold at auction for $36,000. The braids were gifted to country legend Waylon Jennings by Johnny Cash to celebrate his decision to stop drinking in the early 1983. The braids sold at an auction held by the late Waylon Jennings’ estate in 2014.

But, 1983 wasn’t the last time Nelson chopped off his trademark braids. He surprised fans in 2010 when he took the stage with his son Micah in Hawaii and had his hair cut to his shoulders. The bob look didn’t last long though. The 88-year-old “On the Road Again” singer has since grown his hair back out and has gone back to his braided look.

Here’s a look at a clean cut Willie Nelson long before his braided years, and a more recent photo of the singer showing off his trademark ‘do.

Country star-turned-bluegrass king, Ricky Skaggs, has sported his share of hair styles over the years. As one of the most awarded country artists of the 1980s, the “Country Boy” singer showed off an impressive head of hair at the peak of his career, but eventually traded it in for a closer cut. But, in recent years, Skaggs’ now snowy white hair has been grown out into a mane that would make most women jealous.

“Hair is something that comes in and goes out. I’ve certainly had two, three or four different looks during my career,” Skaggs said. “I guess it was in 2007 when I felt it was time to grow my hair back out again. So I haven’t really cut it since then. Just a trim here and there.”

Check out the photos below of Ricky from circa 1992 and a photo from a recent Grand Ole Opry performance.

Country singer and actor Trace Adkins hasn’t changed his look much since the start of his country music career in the mid-90s. Other than an occasional trim, the “You’re Gonna Miss This Singer” hasn’t cut his hair for nearly three decades and has an impressively long mane as proof.

In a 2017 interview, Adkins revealed that there is one thing that would cause him to cut off his long hair…..a big paycheck!

“I haven’t really cut it short, but I would!” Trace told the TODAY Show. “If there was a movie role with enough zeros on it, I’d cut my hair.”

We had to go way back to find a picture of Trace Adkins with short(er) hair. Adkins still had pretty amazing hair in the high school yearbook photo below. He liked Justin Bieber hair before the Biebs was even born!

Fans were as much in love with Jake Owen‘s hair as they were with his music when he hit the country scene in 2006. The “What We Ain’t Got” singer donned long hair until 2014 when he shocked fans by debuting a drastic new look. He has since grown his hair out a little bit here and there, but ultimately goes back to a short, clean cut.

Toby Keith made his country music debut in 1993 and rocked one of the most impressive mullets of the decade (rivaled only by Billy Ray Cyrus and Tracy Lawrence). The “Should’ve Been a Cowboy” singer was rumored to have permed the mullet giving him a long curly ‘do that set him apart of the other “business in the front, party in the back” models.

It’s unclear when Keith ditched the mullet for good, but from the looks of his music videos, it seems to have happened around 2001 when he appeared in his “I Wanna Talk About Me” video with noticeably shorter locks.

Tracy Lawrence was a vital member of the mullet class of the 1990s. He perhaps had one of the longest-lasting mullets of the decade, but often kept the top tucked under a cowboy hat…a look that set him apart from his fellow mullet-wearers. To this day, Lawrence is rarely seen without his signature hat. In fact, fans who have followed the star for decades don’t recognize him without it. The “Texas Tornado” singer told Taste of Country in 2019 that removing his hat gives him an instant disguise.

One of the biggest country music hair transformations comes from none other than Voice coach Blake Shelton. The “Austin” singer rocked long hair for years, a decision that he apparently regrets. During a 2016 appearance on the TODAY Show, Shelton commented on a throwback photo of himself, saying, “I mean, that is ridiculous. Why didn’t my family or friends tell me how stupid I looked?“ The photo flashed again later in the segment to which Blake exclaimed, “Oh my gosh, take that picture down. People are just waking up. You’re ruining their day!”

“Although Travis Tritt never donned the customary cowboy hat and always wore his hair rock-star long, his heart remained true to ‘honest-to-God country music’,” his website reads. The “long-haired country boy” may have made some changes to his hair style over the years, going from waist-long hair to cut just below his ears, but Tritt has stayed true to his country roots. That fact has endeared fans to the singer for more than three decades.

In recent years, Chris Stapleton has made long hair cool again. While a lot of male country artists have wavered between long and short hairdos, Stapleton hasn’t wavered in his love for long hair and epic beardom. Thanks to Chris’s wife, Morgane, sharing throwback photos on social media, fans are able to see what the “Starting Over” singer looks like clean cut and clean shaven. In order to find a photo of Chris sans beard and long hair, we had to go back to his pre-stardom days.

When you hear “mullet” the first person to come to mind is likely Billy Ray Cyrus. If there were such thing as a Mullet King, he would be it. The “Achy Breaky Heart” singer didn’t just boast a “party in the back,” he had a “New Year’s Eve party and bachelor party going on spring break” happening in the back.

Billy Ray has arguably had the biggest variety of hair styles over the course of his career. He traded his mullet for a feathered shorter cut before growing it back out again. He is now rocking long, dark, gorgeous locks as seen in the pic below.

Remember the days when Tim McGraw donned lock locks and a spiffy mustache? The look is a far cry from the clean-shaven, short haired look the dad of three girls now sports. Perhaps his girls and wife Faith Hill had something to do with him tidying up his look, but we think Tim looks great either way. It’s tough to bury handsome behind hair! 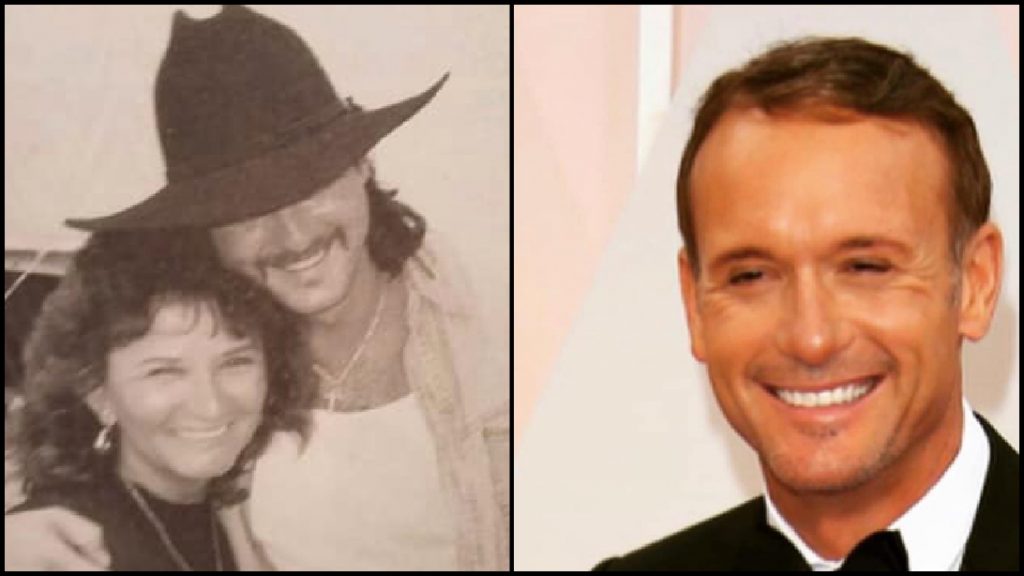