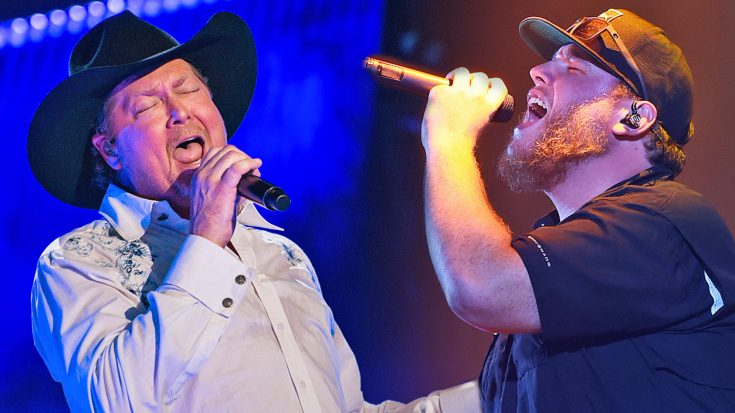 Whenever you think of the 1990s in country music, there are a few artists that immediately come to mind. These artists had voices that defined the decade at the time, and continue to do so now.

One of those artists was Tracy Lawrence. The Texas-born singer made his debut in 1991, and became an instant star. His first single, “Sticks and Stones,” went straight to number one, and three Top Ten singles from the same album followed.

After that, Lawrence scored a number one hit with every single he released off of his sophomore album, Alibis. Those songs were “Alibis,” “Can’t Break It to My Heart,” “My Second Home,” and “If the Good Die Young.”

But the biggest hits of Lawrence’s career came about a little later in the decade and into the 2000s. These songs were “Texas Tornado,” “Time Marches On,” and “Find Out Who Your Friends Are.”

While all of the above mentioned songs were number one hits, Lawrence is also known for songs that didn’t claim the chart’s top spot, including “Paint Me a Birmingham” and “If the World Had a Front Porch.”

The latter song was released in 1995, and reached the second spot on the U.S. Hot Country Songs chart.

Lawrence helped co-write the piece, which is told by a man who is looking back on his past. As he thinks about those times, he realizes that his home’s front porch served as the setting for many important milestones and moments in his life.

After thinking about this, the man comes to the conclusion that the world would be a better place if everyone had that front porch mentality. As Lawrence sings, “We’d still have our problems but we’d all be friends.”

An Old Song With A New Friend

Over two decades after its original release, “If the World Had a Front Porch” earned an excellent remake. This new version comes courtesy of Lawrence and a seemingly unlikely duet partner, who just so happens to be one of the biggest stars in country music right now…Luke Combs.

Known for his number one hits “Hurricane” and “When It Rains It Pours,” Combs is a huge fan of Lawrence’s. The two artists were introduced as part of a joke, which Lawrence explained in an interview with The Boot:

“I actually got a call from [radio hosts] Big D and Bubba, and they were wanting to play a prank on Luke. And so, they got him on the speaker…and I started telling him this big elaborate story about how I bought this chain of car washes from the bass player in the Restless Heart band. I was doing this big grand-opening on the hand-wash car washes and asked if he would come play my grand-opening at a car wash. And he just said, ‘Sure! I’ll be there! Just tell me when.’ So that was my introduction to Luke.”

The introduction obviously paid off, since Lawrence later asked Combs to sing “If the World Had a Front Porch” for his new duets album Good Ole Days. Combs actually gets to open the song, and Lawrence gives him ample opportunity to shine as it continues.

Remakes don’t always go over well, but this is the exception. Lawrence and Combs make a great team, and Combs’ voice sounds like it’s straight out of the era that the song hails from.

What more can we say? You know by now you have to listen to this…and you can in the clip below!