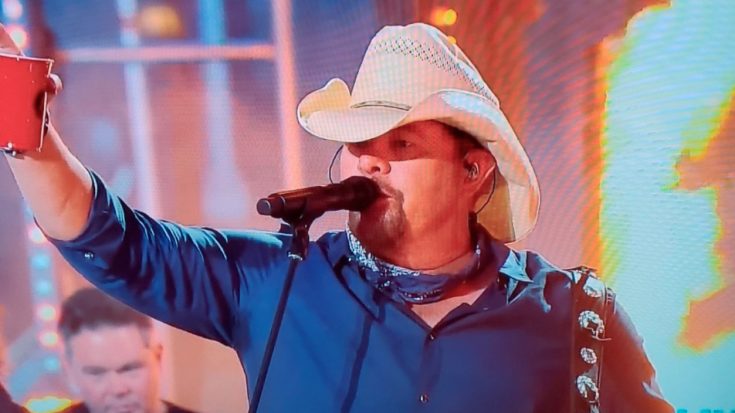 In a surprise move, Toby Keith was added to the star-studded list of performers at the 2019 CMT Music Awards, held on June 5, 2019.

He revealed the exciting news on his Facebook page that he would be performing his latest release, titled “That’s Country Bro,” as well as a song with Cole Swindell.

Just announced! Toby will be performing "That's Country Bro" at the CMT Music Awards on Wednesday night, and Cole Swindell will be joining him for a surprise song! Who will be watching?

Before Keith released “That’s Country Bro” on May 3, 2019, he teased it by saying that it “is a country music history lesson” that features 57 legendary names.

Toby's new song, "That's Country Bro", comes out tomorrow and is a country music history lesson featuring 57 illustrious names – can you guess who some of them are? 😉 pic.twitter.com/P413FkV6Ob

The “Shoulda Been a Cowboy” singer performed on a stage in the streets of Nashville, and he delivered a performance that everyone was loving.

After his rockin’ rendition of “That’s Country Bro,” Swindell joined him for a collaboration to his duet with Willie Nelson, “Beer For My Horses” that had everyone singing along!

Watch the epic performance below.