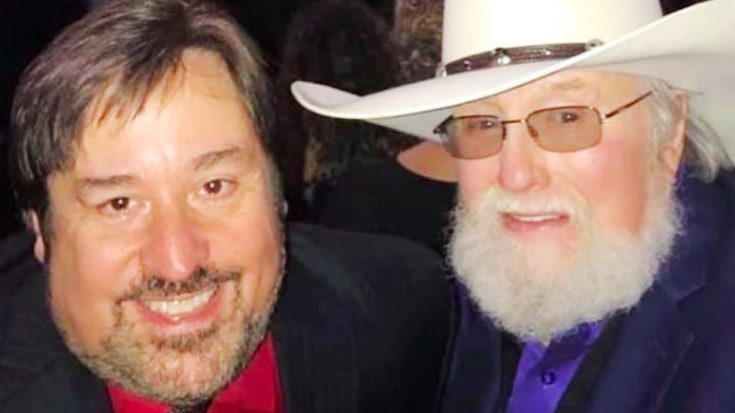 Country music legend Charlie Daniels passed away on July 6, 2020 after suffering a hemorrhagic stroke. He was 83 years old.

Just two weeks before his death, Charlie took to social media to celebrate Father’s Day. He and his wife, Hazel, had only one child. Their son, Charlie Daniels Jr., was born on April 28, 1965.

Charlie loved being a father. Those feelings were made clear in his Father’s Day post, which included a photo of him and his son.

“To all Dads:
Children are a very special blessing from God
Rejoice in your blessings.
Happy Father’s Day!” he wrote.

A post shared by The Charlie Daniels Band (@thecharliedanielsband)

This year marked the first Father’s Day after Charlie’s death. Since he passed away, Charlie Jr. has often paid tribute to him on his various social media accounts. In doing so, he’s kept his father’s legacy alive.

When it came time to remember Charlie on Father’s Day, Charlie Jr. wrote a short and simple message. But that short message contained a wealth of emotion.

“Happy Father’s Day in heaven, dad. I miss you like crazy, but I know one day I will see you again. – CD, Jr.” Charlie Jr. said.

Happy Father’s Day in heaven, dad. I miss you like crazy, but I know one day I will see you again. – CD, Jr. https://t.co/2CLIKIgNkj

Charlie Jr. shared a link to his dad’s music video for the song “Little Folks.” This music video is especially meaningful to Charlie Jr., because he appeared in it.

The video was filmed in 1991, so Charlie Jr. would’ve been 25 or 26 years old at the time. Please enjoy the video below.

Our hearts go out to Charlie Jr. in the aftermath of his first Father’s Day without his dad. We know how much he misses him…