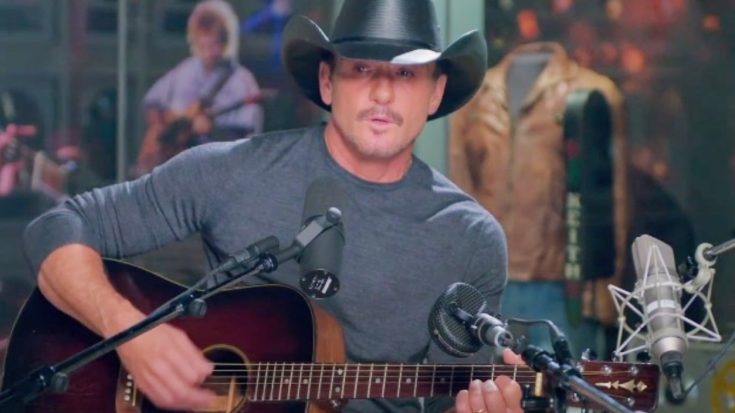 Tim McGraw always admired Keith Whitley. As a lover of music himself, McGraw dreamed of being a singer as successful as his hero.

He got the chance to meet Whitley once, and waited in line to get his autograph. When he finally came face-to-face with his hero, McGraw shared his own dreams of becoming a country singer:

“…I’m so nervous and I hand him the picture and said ‘Keith I’m a country singer and I’m going to move to Nashville someday and I hope I can meet you,‘” McGraw recalled, as quoted by Country Now, “and he says ‘well son good luck to you. I hope I run into you up there’ and he signed my picture.”

But the two never did get the chance to meet again. May 9, 1989, the day McGraw arrived in Nashville, was also the day Whitley passed away at the age of 34:

“It was a pretty eye-opening experience to get into Nashville and realize that well there’s a lot of bright lights a lot of fun a lot of music a lot of art entertainment but behind all of that there’s a lot of pain too,” Country Now quotes McGraw as saying.

To this day, McGraw remains a big fan of Whitley’s work. He shares his songs whenever he can, and one fundraising event gave him the perfect opportunity to do just that.

In October 2020, McGraw and other country stars delivered performances for an event called BIG NIGHT (At the Museum). The event was established as a fundraiser for the Country Music Hall of Fame and Museum in Nashville.

The artists who participated covered songs made famous by their musical heroes. In McGraw’s case, he sang Whitley’s “Don’t Close Your Eyes.” The CMHOF said in the video description of his performance that it is his favorite song of Whitley’s.

It surely meant a lot to McGraw to be able to play Whitley’s guitar while singing one of his most beloved songs. Watch his cover of “Don’t Close Your Eyes” in the video below.