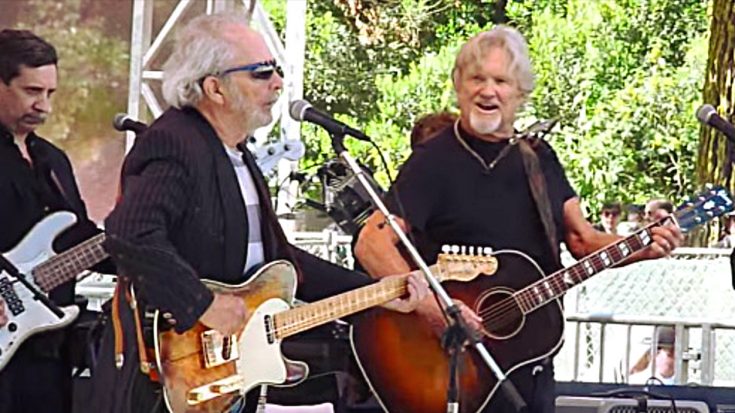 The Wild Story Behind “Big City”

If you ever needed proof of how skilled Merle Haggard was as a songwriter, look no further than the story behind his song “Big City.”

That story is told in a Wall Street Journal article that was published in 2014. If you have never heard it before, then you’re about to be blown away. If you have heard it, then you know that it’s worth hearing again.

Back in 1981, Haggard and his band spent a two-day stretch recording songs at a studio in Los Angeles. When he got a break, Haggard left to go check on his friend and bus driver, Dean Holloway, who was still on the bus.

When Haggard asked Holloway how he was doing, he said, “I hate this place. I’m tired of this dirty old city.” That one remark sparked a fire in Haggard, and he started writing a song.

One Take, Number One Hit

While he was working on the new piece, Haggard asked Holloway where he’d rather be. Holloway responded by saying, “If it were up to me, it’d be somewhere in the middle of damn Montana.” A portion of that statement became part of the song as well.

After Haggard finished scribbling out the song, he rushed to the studio and told his band members to get their instruments back out. They recorded the song in only one take, without even bothering to rehearse it beforehand.

That song was “Big City,” which went on to become Haggard’s 27th number one hit. He credited Holloway as a writer on the song, and he ended up earning nearly $500,000 in royalties because of that.

Singing The Song With Kristofferson

Even though the song was released in the 1980s, it remained a fan-favorite part of Haggard’s sets way up into the last years of his life. While he performed it alone 99.9% of the time, there was one show where he was joined by a special guest and friend, Kris Kristofferson.

While Haggard sang on his own most of the time, Kristofferson did jump in to lend some backing vocals here and there. His main source of support was through his guitar playing. That, and his incredibly infectious smile.

In fact, Haggard couldn’t seem to stop smiling during the performance either. He and Kristofferson were clearly having a grand old time playing together. In turn, anyone who watches the video of their performance has a grand time as well.

This is truly a performance that sells itself, so we shouldn’t even have to tell you anything to get you to watch it. You just know that you need to!