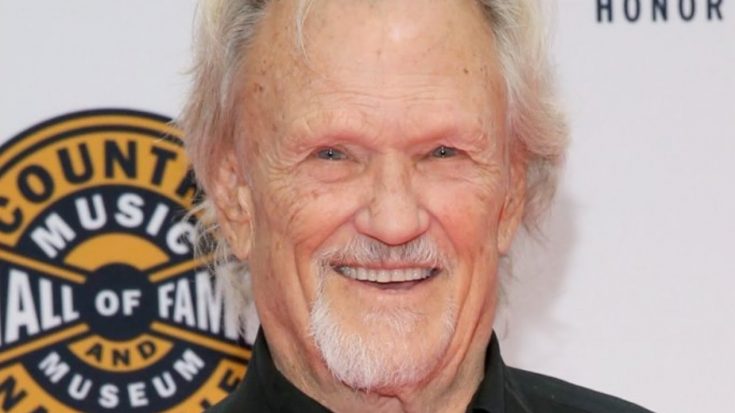 Kris Kristofferson is a tough act to follow, but his eight children are certainly finding their place in the world.

Kristofferson made his mark on the entertainment industry as a singer, songwriter, and actor. He is a former helicopter pilot and golden gloves boxer, and Kristofferson also has a large family tree. The star has eight children, many of whom have chosen to follow in their father’s footsteps.

Born on January 9, 1962, the star’s oldest daughter is one of two children that Kristofferson shares with his high school sweetheart, Fran Beer. Tracy is a Stanford graduate, an actor, and a producer. Tracy has appeared in films such as A Place to Grow and Trouble in Mind.

Kris Kristofferson Jr.
Less is known about Tracy’s younger brother. Kris was born in 1968 and is a private person; however, he does don a very famous name!

A post shared by The Casey Kristofferson Band (@caseykristoffersonband)

Born October 7, 1983, Jesse is the first child born to Kristofferson and his third wife, Lisa Meyers. He also inherited his father’s acting abilities. Jesse has starred in both the Melrose Place reboot and on Days of Our Lives.

Born May 21, 1985, Jody is a professional wrestler. Jody chose to forgo his birth name during his 2012-2014 runs with WWE and instead, is sometimes known as Garrett Dylan.

Johnny Kristofferson
Johnny was born in 1998 and attended Pepperdine University to study law. Currently, he’s an attorney in California.

Born in 1990, Kristofferson’s youngest daughter is an actress, instrumentalist, and singer. Kelly is also married to the painter, Aydin Hamami.

Blake Kristofferson
Thus far, Blake has lived a very private life. He was born in 1994 and has also obtained a degree from Pepperdine University.

Learn more about the great Kris Kristofferson in the video below!