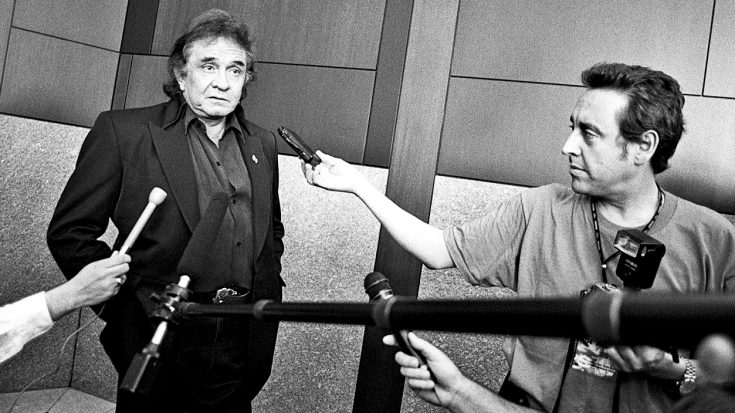 How The Highwaymen Came To Be

Willie Nelson, Kris Kristofferson, Waylon Jennings, and Johnny Cash…four of the most iconic artists to ever grace country music. So iconic in fact, that country fans and artists alike have coined the quartet as country music’s “Mount Rushmore.”

While each artist managed to solidify their individual legacies, together they worked to further secure their spots in history. They did so through the formation of an ultimate supergroup, The Highwaymen.

The group was named after their signature song, “Highwayman,” which was written by country singer-songwriter Jimmy Webb.

It had been previously recorded by Glen Campbell, but the Highwaymen’s version quickly became the most well-known. It reached the top spot on the U.S. and Canadian country charts, and earned Webb a Grammy for Best Country Song in 1986.

The Supergroup That Almost Never Was

But what few people know is that those friendships, those albums, and that hit song came alarmingly close to never existing in the first place. That’s right…the much-admired country supergroup was the thing that almost wasn’t.

So what, or rather, who, flipped the switch and lit the fire that brought the Highwaymen to life? That credit goes to Marty Stuart, who is now a country legend in his own right. But right before the Highwaymen formed, he was simply a member of Cash’s backing band.

In an interview for a special about Cash’s life, Stuart detailed the events that led to him becoming single-handedly responsible for helping form the Highwaymen. He explained how in the 1980s, Cash was feeling a bit down on himself because his music wasn’t performing as well as it used to.

Stuart said that Cash got his “first glimmer of hope” in a while after performing a Christmas special with three guests: Willie Nelson, Waylon Jennings, and Kris Kristofferson. After the show, Stuart said that all of the guys gathered in one of the hotel suites and passed their guitars around while telling stories.

Most of the guys were already friends at the time. But as Stuart explained, there were two artists who hardly knew each other:

Johnny’s Career Gets A Boost

After that, Stuart said that Nelson’s producer Chip Moman decided that he and Cash should record a duet album together in order to get to know each other a little more.

Nelson was already working on some duet records at the time, so Moman thought it was a good idea to have him work with Cash.

Anyone who has ever heard Nelson and Cash sing knows how distinct their voices are. That uniqueness clashed when the duo came into the recording studio, and Stuart said that the “magic” was lacking between them. “Their voices were so polar opposite,” Stuart said.

Wanting a collaboration between the two artists to work, Stuart suddenly remembered a song his friend Carl Jackson had been telling him about. That song was “Highwayman,” which Campbell had already recorded by then. Luckily, Stuart had some connections in the industry, and he managed to get his hands on the song:

“My cousin Marty Gamblin ran Glen Campbell’s publishing company,” he said. “So during a break at one of the sessions, I called Marty, I said ‘Do you have a song there called ‘The Highwayman’?’ He said, ‘Yeah.” I said, ‘Make me a copy.'”

Stuart came into the studio and played the song for Moman and Cash. He approached the two of them with a simple pitch, saying, “Listen, four verses, four guys, no harmony required.”

It was clear that the four guys Stuart was referring to were Cash, Nelson, Jennings, and Kristofferson. After watching them in the hotel room together, he seemed to strongly believe that a collaboration between the four of them could work out well. He just had to see what Cash thought about it.

After listening to the song, Cash asked Stuart to play it again. What he had to say next literally changed the course of country music history.

“I want the verse about the starship,” Stuart recalls Cash as saying.

Tune in below to watch Stuart further explain how the Highwaymen came to be, and how he helped play a part in the process.

Oh, and in case you were wondering…Cash got that verse about the starship.