‘Highwayman’ Gets Twist With Female Perspective 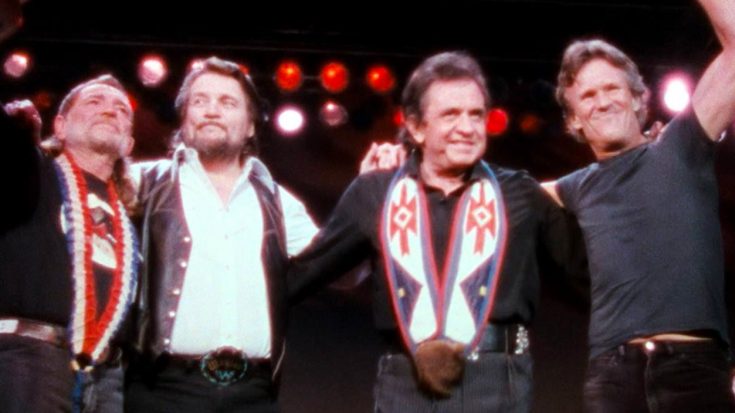 In 1985, four of country music’s leading pioneers in the outlaw genre came together to form The Highwaymen, a group which came to be referred to as “the Mount Rushmore of country music.”

Each of these four artists were already legends in their own right, having carried out successful solo careers. They were none other than Willie Nelson, Kris Kristofferson, Waylon Jennings, and Johnny Cash.

Over the course of the next ten years, the group released three studio albums and climbed up the charts with their singles, including their number one hit “Highwayman.”

Over 30 years after the supergroup’s formation and release of “Highwayman,” another supergroup was formed, this time with Maren Morris, Brandi Carlile, Amanda Shires, and Natalie Hemby. In a nod to the legends who came before them, their name is The Highwomen.

The female group has already made a splash since their Spring 2019 debut with “Redesigning Women” and their cover of Fleetwood Mac’s “The Chain.”

Their self-titled debut album is set for a September release, and when they first formed in December 2018, the first order of business was to rewrite “Highwayman.” Not only did they receive the song’s original writer Jimmy Webb’s blessing, but he also helped them rework the lyrics.

Speaking with Rolling Stone, Carlile explained what they changed in the song.

She said, “[The Highwaymen’s characters] all died doing things that men do. Willie was a bandit. Johnny Cash drove a fucking starship, nobody knows why. We rewrote it with fates that befell women: a doctor convicted of witchcraft; an immigrant who died trying to get over the border but got the kids over safe and sound; a preacher; and a freedom rider who gets shot.”

Carlile sang as the Honduran immigrant, Shires the doctor, Hemby sang as the preacher, and UK singer Yola transformed into the freedom rider. Sheryl Crow appears on the track as a background vocalist, while four-time Grammy-winner Jason Isbell – and Shires’ husband – played Stratocaster guitar.

Listen to “Highwomen” below.