Merle’s ‘Are The Good Times Really Over’ Earns 2006 Cover From Hank Jr. 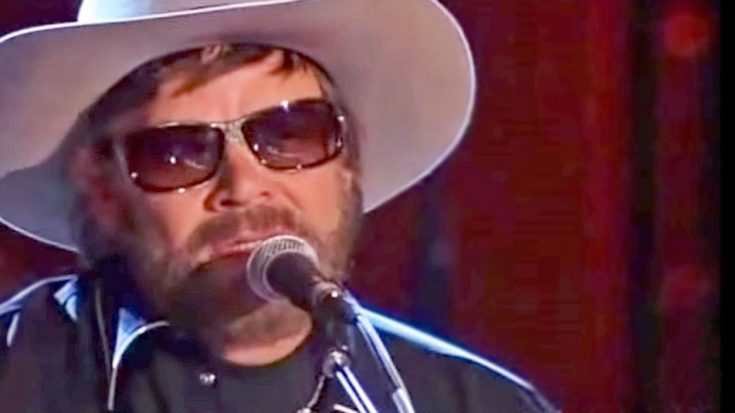 How “The Hag” Inspired Hank

Merle Haggard‘s many talents made him a country music legend, and in turn, helped him earn the respect of other singers and songwriters. Many artists have cited “The Hag” as one of their biggest musical influences.

The two were more than fellow country artists…they were friends. They even worked together on a re-recording of Merle’s number one hit “I Think I’ll Just Stay Here and Drink.”

During the Cracker Barrel Country Songs of the Year Concert in 2006, Hank sat on stage and began to sing Merle’s mournful hit, “Are the Good Times Really Over.” The song was released in May 1982 as the third single off of Merle’s album Big City.

Although the song only managed to secure the second spot on the U.S. country chart, it was a number one hit in Canada. Its message about a desire to return back to a simpler time remains relevant, which is why the song is still considered a standout piece in Merle’s catalog of hits.

Hank certainly stood out during the Songs of the Year Concert thanks to his spot-on performance of “Are the Good Times Really Over.” He knew exactly how to portray the song’s words of woe, and let those feelings come through clear as day in his voice.

The haunting performance had a profound effect on the audience, who issued an endless round of cheers and applause to accompany their standing ovation. We’d say such a response was warranted, because Hank’s performance was as epic as it gets.

Scroll down below to watch the video of Hank honoring Merle with “Are the Good Times Really Over.” We guarantee it’s one of the best covers of a Merle Haggard song that you’ll ever hear!

See Fan Reactions To George Strait Being Mentioned On…