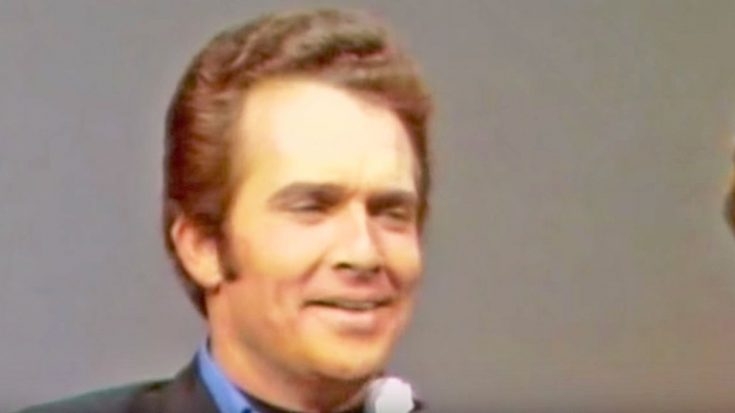 The Porter Wagoner Show rose to fame in the 1960s, with millions of country music fans tuning in every week to see which artist would stop by the show. A fresh-faced Merle Haggard surprised viewers when he stopped by the variety series for a riotous performance of his iconic hit, “The Fightin’ Side of Me.”

“I know that you’ll be proud that you joined us today,” said Wagoner prior to Haggard appearing on stage. “We’ve got one of the greatest country music artists of our time, a very special friend of mine I’m happy to say, and we’re delighted to have him on our show.”

Wagoner then introduced Haggard accompanied by his band, The Strangers, who immediately rolled into a performance of “The Fightin’ Side of Me.” The country music legend flashed a flirty smile midway through his performance, surely sending his female fans into a frenzy.

“Yeah, walkin’ on the fightin’ side of me/ Runnin’ down the way of life/ Our fightin’ men have fought and died to keep,” sings Haggard. “If you don’t love it, leave it: Let this song I’m singin’ be a warnin’.”

“The Fightin’ Side of Me” tells the strife widely felt by blue color workers at the time of its release, many feeling that their fellow Americans didn’t respect those who fight for their freedom. The song garnered Haggard another No.1 hit on Billboard’s Hot Country Songs and is arguably his most famous song to date.

You can check out the video below.