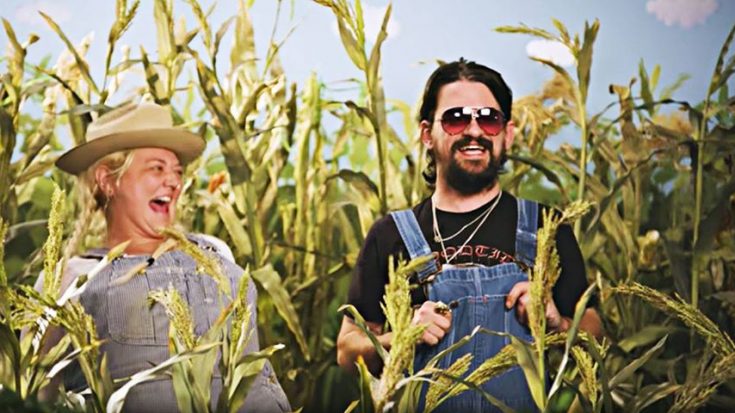 Warning: Video contains inappropriate content that may not be suitable for all viewers.

In the mood for some corny jokes, belly laughs, nostalgia and country music at its best?

Shooter Jennings makes cornball humor and genuine country possible in the span of a few minutes in the creative video partner to “Fast Horses & Good Hideouts,” one of the nine tracks on his self-titled, highly celebrated album, Shooter.

Instead of opening the iconic show with a cartoon mule showing its larger-than-life chompers,  Jennings throws in another piece of nostalgia that will further attack your funny bone and induce even more nostalgia, a “Freedom Rock” TV commercial.

If you watched any cable TV around 1987, you’ll recall the two-minute infomercial extolling the virtues of 60’s rock and offering you a heapin’ pile of hit songs on four records, three cassettes, or two CDs, all for one low, low price. It all began with “Well Turn it Up Man…”

Shooter was born in 1979, evidently those two minutes were etched in his memory.

No Doubt Where He Came From

If nothing else, the entire video is a tribute to a time when the humor was corny and the music was country. Shooter’s song reminds you of where he came from, that his daddy was Waylon and Hank Williams Jr. was one of his heroes. No doubt the son of Waylon has some of that outlaw blood coursing through his country veins.

The cornball clothes and cornfield of guests including Jerry Cantrell, Elle King, comedian Jenny Johnson and Danny Cooksey from the 80’s classic, Diff’rent Strokes. And, of course, Shooter plays himself as the musical guest. It Just Doesn’t get any better than this.

Ready for some guffaws and “oh, yeahs?” This video is a can’t miss for fans of every age. What’s your take on it?