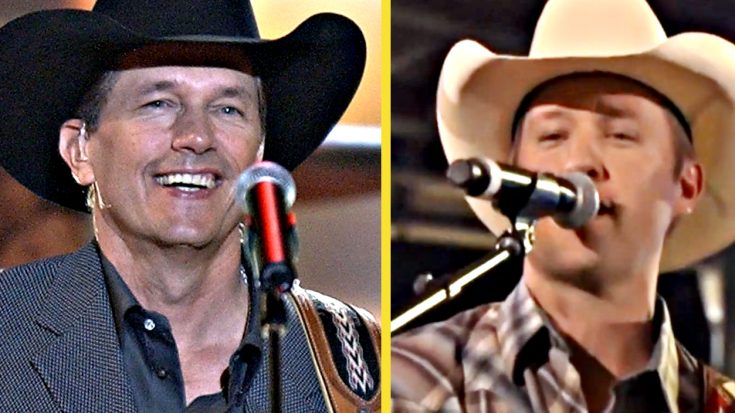 Born as the second child to the King of Country Music, George Strait, and his wife Norma Strait, this young fella has started a family of his own – and is carrying on the Strait family legacy…along with their good looks!

George Harvey Strait Jr., or as everyone calls him “Bubba,” was born on May 14th, 1981 as the second of two children in this family of country music royalty. Sadly, the family lost their eldest child, Jennifer, in an accident when she was just a teenager.

Today in 1986, George Strait Lost his 13 year old daughter due to a fatal car accident, which not a lot of people know about. I’d just like to pay respect to them and pray they’ll be able to see each other again some day ❤️ pic.twitter.com/BR1Au59ATm

But even in the face of that terrible loss, they continued on – and raised a fine son. He even took a few pages from his dad’s own book…but stays pretty hidden from the spotlight.

Bubba grew up a Texas fella and attended college at Texas A&M. It was during his college years there that Bubba began really looking at Professional Bull Riding as a career opportunity.

Once he graduated, he went on to join the PRCA as a team roper – one of the many pastimes he shares with his famous country singer father.

In an interview with The Team Roping Journal, George Strait once reflected on being able to share this passion with his son, and what that meant to him.

“It’s the greatest feeling in the world to watch my son win a roping, or even to just watch him compete. I’m sure I’m way more nervous than he is when I’m just watching,” he admitted. “Bubba and I have been fortunate to win a couple of buckles together, and that, my friends, is the ultimate.”

But outside of the rodeo arena, both Bubba Strait and his dad share another passion: music. However, if you didn’t pay close attention – you might not even have known that.

While George is known as The King of Country Music and has been selling out stadiums full of people for the better part of 50 years, his son takes a bit more private role in music.

Growing up with an incredibly musical father, Bubba was also naturally gifted and drawn to music as well. When he was just 11 years old, Bubba lent his voice to his father’s song “Heartland” off of the Pure Country soundtrack. But Bubba didn’t just stop there.

Bubba found he had a knack for songwriting and explored that to great ends. Luckily for him, he had the perfect person to turn to – his dad! Together they worked and collaborated with some of the biggest names in the business and that truly allowed Bubba’s talent to flourish.

Enjoying #TequilaTuesday with my hubby at The Rustic! @codigo1530 was there showing everyone what it means to ring the bell! Thank you @therusticsa for a great time! #straitluxury #codigo1530 #luxuryrealtor #tequilanights

He never stopped singing and has sometimes been seen performing with his dad at concerts here and there, but his real draw to music is in bringing incredible stories to life.

Working with famous George Strait songwriter, Dean Dillon, Bubba and his dad worked together on songs that would later appear on multiple records from the senior Strait. In fact, Bubba is credited with writing or co-writing nearly 30 songs on George’s albums since 2009.

It’s clear that the family business is in good old country music and team roping. Even Bubba’s young son, Harvey has taken a liking to music and appears in his grandpa’s song “God and Country Music” from his latest album Honky Tonk Time Machine.

Check out George Strait’s video below featuring his grandson on the stage during a live performance of “God and Country Music.”