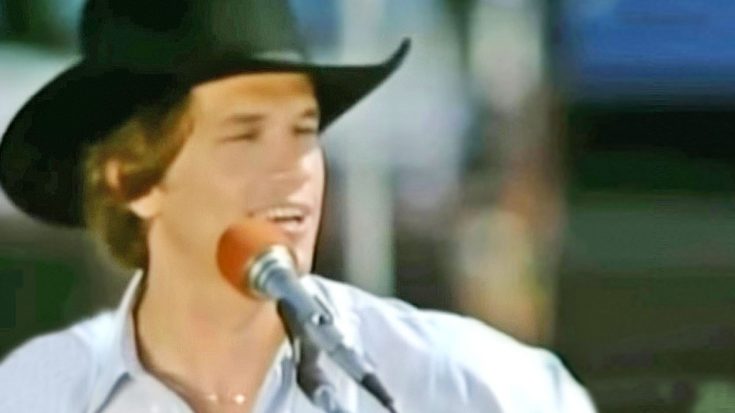 Back in 1981, a young singer from Texas had just made his country music debut. He had released a few songs prior, but they had never been attached to an album and all failed to chart.

But that all changed with the release of his debut single from a major label, titled “Unwound.”

That young singer was none other than George Strait. Today, Strait holds the record for the most number one country hits of all time, with a total of 61. Those singles have helped him sell more than 100 million records, making him one of the best-selling music artists worldwide.

If it weren’t for the success of “Unwound,” it’s no telling how Strait’s career would have progressed. He owes a lot to that one song, which almost wasn’t his to begin with.

It Wasn’t Supposed To Be George’s Song

Dean Dillon and Frank Dycus, who co-wrote “Unwound,” had originally intended for it to go to Johnny Paycheck.

However, Paycheck was in jail at the time, so he was unable to record the song.

A record producer by the name of Blake Mevis got in touch with the two songwriters and asked them if they had any songs that Strait could record. They decided to give him “Unwound,” and their decision paid off for all parties involved.

“Unwound” instantly put Strait on the map as a country music star. It peaked at the sixth spot on the chart, opening the door to his never-ending success. The song also opened up a long-lasting working relationship with Dillion, who has written or co-written over 40 songs for Strait.

Recently, footage resurfaced of a young Strait performing “Unwound” when it was first released. Other than the nostalgia factor, the footage is unique in the fact that Strait performed the song from the top of a boat. What an interesting venue choice!

Watching this clip, it’s no surprise why Strait went on to become the country icon that we know him as today. Everything from the sound of his voice to the way he smiled at the crowd proved that he had the makings of a country music superstar.

We always love watching Strait’s performances, but this one is a real treat. You don’t see something like this every day.

Go ahead and tune in below to watch this gem of a clip. This is one of the many reasons why Strait is now called “The King of Country!”