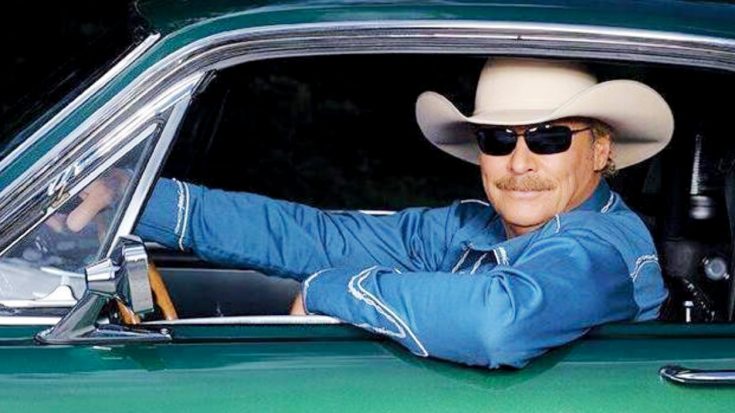 Country fans have waited forever to hear this news!

On Wednesday (March 31), Alan Jackson teased his followers with a post on social media. He shared a photo of himself along with the caption, “You’ve been waiting…”

Of course, this message immediately sent fans into a tizzy. They couldn’t help but wonder if Jackson’s short message meant he was gearing up to release new music.

The anticipation was at an all-time high after Jackson shared his teaser post. After all, it has been nearly six years since he released an album, which was 2015’s Angels and Alcohol.

Jackson has only released one new piece of music since 2015. It was the song “The Older I Get,” which he dropped in 2017, the same year he was inducted into the Country Music Hall of Fame.

Now, fans will get the chance to hear “The Older I Get” on a brand-new album!

That’s right, Jackson is releasing a new album later this year. According to his label, Universal Music Group Nashville, the new album will be titled Where Have You Gone and will be released on May 14.

The new record is an extensive one…it contains a total of 21 tracks. Two of the tracks, “You’ll Always Be My Baby” and “I Do” were written for his daughters’ weddings.

Where Have You Gone also contains a song Jackson wrote after his mother passed away in 2017, titled “Where Her Heart Has Always Been.”

See the album’s full tracklist below:

Each album will also contain a blow-in card for a free digital download of the bonus 21st track, which is a cover of “That’s The Way Love Goes” in tribute to Merle Haggard.

To add the cherry on top, Jackson has already released three new songs from the album. He shared  “The Things That Matter,” “Way Down in My Whiskey,” and the title track, “Where Have You Gone.”

Listen to all three of those songs in the videos below. We’re so excited to hear the rest of Jackson’s album!