Where The Cast Of “Little House On The Prairie” Is Now 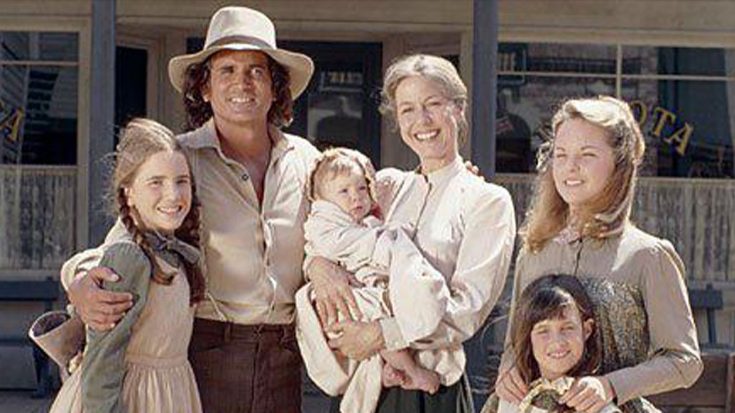 ​​​​Little House on the Prairie is one of the most well-known classic TV shows of all time. Based on the book series by Laura Ingalls Wilder, the show was filmed at the Big Sky Ranch in Simi Valley, California.

The Little House books were autobiographical, set in the late 19th century. The central characters included patriarch Charles Ingalls, his wife Caroline, and their three daughters, Mary, Laura, and Carrie. Daughter Grace joins later in their series as well as adopted children Albert, Cassandra, and James.

A post shared by Little House on the Prairie✨? (@littlehouseontheprairie_)

As one of the biggest and most popular shows, it’s not that uncommon to see re-runs every now and then.

So where is the cast now?

With perhaps the biggest role of the show, Melissa Gilbert started acting on the show when she was just ten years old. Week by week fans watched her grow and mature from when the show first aired in 1974 to its final episode in 1983.

Following her Little House days, Gilbert has continued acting, appearing in a number of TV films as well as numerous TV shows, including Stand By Your Man, Sweet Justice, 7th Heaven, Nip/Tuck and Secrets and Lies. She was also a contestant on Dancing with the Stars.

Michael Landon immediately moved over to Little House after the western series Bonanza was canceled. Landon was approached to direct the pilot episode. He only agreed to it if he could also play the role of Charles Ingalls. He went on to direct 87 of the 204 episodes.

Michael Landon as 'Charles Ingalls' on the TV series "Little House on the Prairie" in 1974. ? pic.twitter.com/bVOEuDpwyD

Landon unfortunately passed away in 1991 after a battle with pancreatic cancer.

After the show quit filming, Anderson appeared in numerous TV shows like The Equalizer, Alfred Hitchcock Presents, CHiPs and Murder, She Wrote. She released an autobiography inspired by her days as a child star, The Way I See It: A Look Back at My Life on Little House. Today she lives in Canada with her husband.

Jason Bateman made his first TV appearance on Little House on the Prairie. He was on the show for a total of 21 episodes.

Since then he has become a major star, best known for his starring role in the TV series Arrested Development and Ozark and numerous films like Horrible Bosses, Zootopia and Game Night. He’s also become a respected director, directing numerous episodes for the TV shows he appears on.

Little House on the Prairie was the first TV gig of her acting career for Karen Grassle. After the show, she moved to Santa Fe and founded the Resource Theater Company, where she served as artistic director. She later relocated to Louisville, Kentucky, and worked with the Actors Theatre of Louisville.

Bull appeared on numerous shows after Little House, including Hill Street Blues, Highway to Heaven, Designing Women, ER and Boss. Sadly he passed away from pneumonia in 2014.

A young Kyle Richards played the adopted daughter of Grace and Isaiah Edwards. Kyle is currently the last original cast member on the Bravo series, The Real Housewives of Beverly Hills.

She has also continued acting over the years, appearing on numerous TV shows like Down to Earth, ER, Beverly Hills, 90210, 7th Heaven and Days of Our Lives. Richards is set to appear in upcoming movie Halloween Kills in 2021.

Doherty went on to become a major star after her breakthrough role on the teen TV drama, Beverly Hills, 90210. She is also well known for starring in the supernatural show, Charmed.

A post shared by Fan page of Shannen Doherty❤️ (@lovely_shannen)

Butler is best known for his roles as “Moondoggie” on The New Gidget and Buffy’s dad, Hank Summers, on Buffy the Vampire Slayer. He also narrated the docuseries, The Little House Phenomenon. Butler now works largely as a producer for entertainment, sports, and documentary programming.

Arngrim went on to appear in a few feature films including The Last Place on Earth, Make the Yuletide Gay and Le Deal. She also released an autobiography in 2010, Confessions of a Prairie Bitch: How I Survived Nellie Oleson and Learned to Love Being Hated.

Lindsay and her identical twin played the roll of Carrie Ingalls.

Lindsay has been married to Daniel Sanchez since 2014. They originally met on the set of the show when she was a small child and he was a teenager who lived nearby. According to Greenbush, Michael Landon allowed him to hang out on set and watch the filming. Years later, they met again and married in the same spot where they first met.

Decades later, the cast got back together for a news interview. Watch it in the video below.