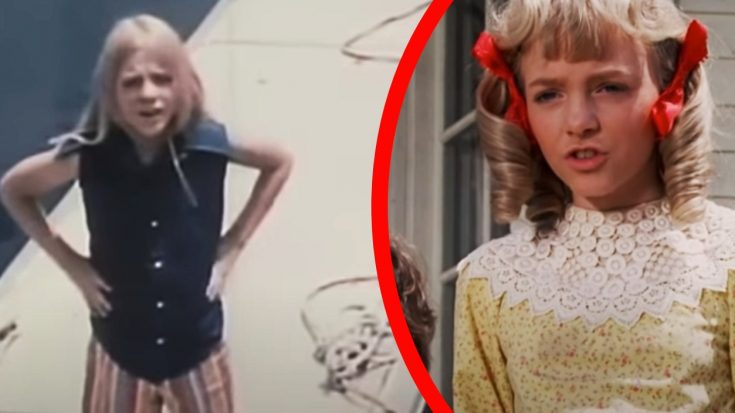 The actress best known for her role in the beloved western drama Little House on the Prairie first got her start as an actress on a feature film just a year before the series came to life.

The film, Throw Out The Anchor!, was released in 1974 – the same year that Alison Angrim took up her role as Nellie Oleson on Little House.

The synopsis of the film is quite simple:

“A comedy about an unemployed widower who heads to Florida with his children for a vacation on a houseboat. When he gets there there is no houseboat…”

The film is meant to be a situational-comedy flick based around a series of hijinks that befall this family just looking for a good vacation.

The movie itself never received great reviews…and many you’ll find online today bring up the lack of quality footage and audio.

But, regardless of the production value of her first role…Angrim can be seen in high-quality footage and audio today on reruns of Little House.

See the full clip of Alison Angrim on this debut movie below.