2+ Minutes Of “Little House On The Prairie” Bloopers 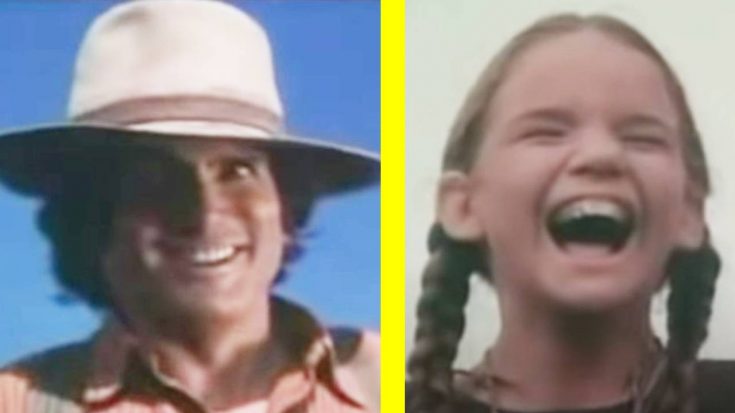 Little House On The Prairie is a beloved Western historical drama about the Ingalls family who live in Plum Creek, Minnesota. As most know, the show is based on Laura Ingalls Wilder’s Little House book series, which she wrote about her upbringing in the Midwest between 1870-1894.

While the series was a drama and covered very serious topics, that didn’t stop the cast from having some fun on the set. In this two-and-a-half minute video, we get to see a different side to some our favorite characters from Little House On The Prairie – and we learn the one person who was to blame for most of the bloopers!

In the first scene, Michael Landon – who played Charles Ingalls – rode in on a horse, but when it was time for him to say his line, he was completely out of breath and jumbled his words!

“I hurt myself!” he said as the crew can be heard bursting into laughter.

Not only was Landon the star of the show, he also produced the series and directed a good number of episodes. Karen Grassle, who played his wife Caroline Quiner Ingalls, was churning butter in a scene Landon was directing.

After confirming cameras were rolling, Landon muffled his voice and said, “It’s really dark in this churn, Caroline,” which sent the actress and the rest of the crew into a fit of laughter.

In the very next clip, Landon and Melissa Gilbert – who played Laura Ingalls – were filming what looked to be a very serious scene. Landon was looking into the distance then all of a sudden turned to his co-star with an extremely silly look on his face. He played with her ears a bit, which made Gilbert laugh hysterically!

The compilation video then cut to a scene between Alice Garvey, played by actress Hersha Parady, and her on-screen son Andrew, played by Patrick Labyorteaux.  They were sitting at the table and Parady said, “Patrick, you have to eat something,” to which he responded, “My name’s Andrew!”

All Parady could do was put her head in her hand while the crew laughed.

The next few bloopers were caused by Landon and included him telling his co-star to “take an enema,” wearing a white sheet over his head, and more! The funniest blooper is the very last one in the video, and Landon even references his 14 years on the iconic show Bonanza.

Watch the video below – and prepare to laugh!