Where Is The Cast Of “Pure Country” Now? 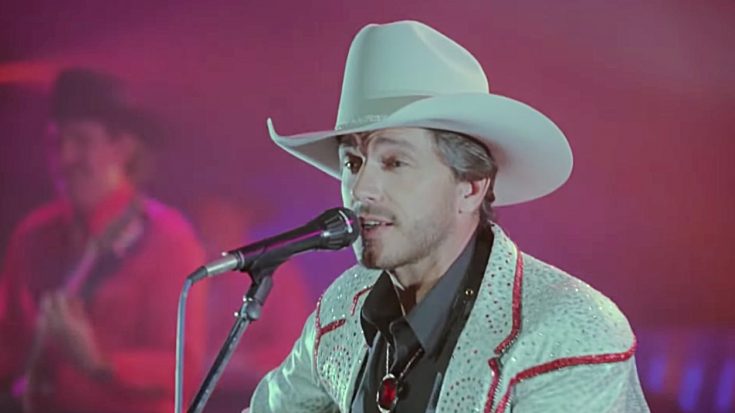 The film debuted in October 1992, and although it didn’t fare well in the movie theaters, it grossed over $15 million and had a best-selling soundtrack. The soundtrack for Pure Country became one of George Strait’s best-selling albums.

George Strait was one of many incredible actors to bring the characters of Pure Country to life and here is what they are up to 28 years after the film premiered.

George Strait portrayed the role of famous country singer, Wyatt “Dusty” Chandler. During the rise of his fame, Dusty lost sight of what was important to him and strayed away from his traditional country roots. He becomes overwhelmed with his newfound fame and struggles to find his true identity.

The King of Country was just 40 years old when he filmed Pure Country. After his debut, George appeared in several other movies such as The Soldier, King of the Hill, and Grand Champion. He earned the nickname, “King of Country” and is considered one of the most influential and popular recording artists of all time.

In 2015 George announced a concert residency in Las Vegas that included 14 weekends of concerts between April 2016 and February 2020. The September 2017 shows of the residency focused on the Pure Country soundtrack in honor of its 25th anniversary.

After enjoying tequila in Mexico while golfing with friends, he invested in the Código 1530 brand of tequila and eventually ended up buying the entire operation while working with the family to produce the tequila on a larger scale.

Lesley Ann Warren portrayed the role of Dusty’s manager, Lula Rogers, in the film. George Strait wasn’t the only country legend Lesley starred in a movie with. She starred alongside Willie Nelson and Kris Kristofferson in the 1984 film Songwriter. Her portrayal of Gilda earned her a Golden Globe nomination.

Dusty’s love interest Harley Tucker was played by actress Isabel Glasser. Isabel is an accomplished actress and starred in many films before and after her role in Pure Country. She was in Forever Young in 1992 with Mel Gibson and Jamie Lee Curtis and the 1996 Albert Brooks film Mother. You can also see her on episodes of the series Law and Order.

The Emmy-winning actor best known for his role as Coach Eric Taylor on the hit series Friday Night Lights (2006-2011,) Kyle Chandler played the role of the lip-syncing Dusty double, Buddy Jackson in Pure Country. Pure Country was early in Kyle’s career, being just his second film role. He later appeared in many television series and movies such as Catch 22, Bloodline, The Wolf of Wall Street, and Zero Dark Thirty.

John Doe played Dusty’s best friend and drummer, Earl Blackstock. John is a singer and songwriter who co-founded the LA punk band X, which he is an active member of. His musical performances and compositions span across multiple genres including rock, punk, country, and folk. In addition to music, John has acted in a variety of movies and television series, including the popular show Roswell that aired from 1999 to 2002.

A talented actor with an accomplished career spanning nearly 50 years, Rory Calhoun portrayed Ernest Tucker, who was the father of Dusty’s love interest, Harley. Rory starred in numerous Westerns in the 50s and 60s and played Marilyn Monroe’s boyfriend in the 1951 film River of No Return.

What an incredible cast for a timeless movie.

Watch the scene for “I Cross My Heart” below.