Robert Redford’s Son Passes Away At 58 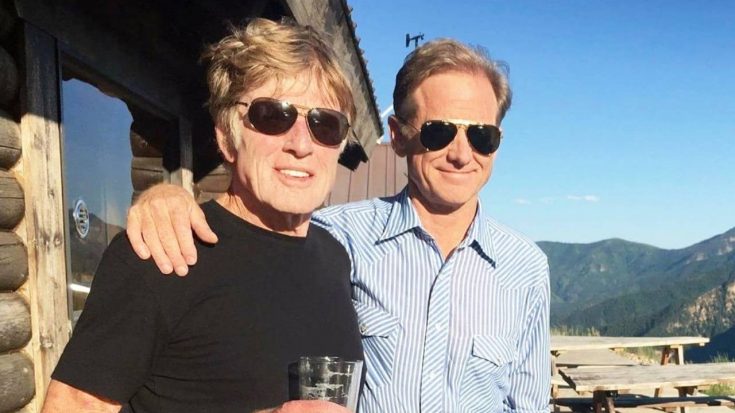 While we know him as the legendary actor who appeared in countless films including Inside Daisy Clover, Butch Cassidy and the Sundance Kid, Jeremiah Johnson, All the President’s Men, just to name a few, but to his four children, he was just “Dad.”

Unfortunately, Redford is going through a grief that no parent should – for a second time. His son James passed away on Friday, October 16 at the age of 58. James’ wife, Kyle, confirmed the news on Twitter.

“Jamie died today,” she wrote. “We’re heartbroken. He lived a beautiful, impactful life & was loved by many. He will be deeply missed. As his wife of 32 years, I’m most grateful for the two spectacular children we raised together. I don’t know what we would’ve done w/o them over the past 2 years.”

Jamie died today. We’re heartbroken. He lived a beautiful, impactful life & was loved by many. He will be deeply missed. As his wife of 32 yrs, I’m most grateful for the two spectacular children we raised together. I don’t know what we would’ve done w/o them over the past 2yrs. pic.twitter.com/ynDN2jSZ04

Jamie, a filmmaker and activist, had health issues throughout his life and received two liver transplants in 1993. Two years ago, his liver disease returned and while waiting for another liver transplant, he was diagnosed with liver cancer in November 2019.

After his transplants in the 90s, Jamie founded an organization to raise awareness and educate people about organ donation. In 2005, he joined forces with his father to create the non-profit The Redford Center, which produces films and provides grants to filmmakers who direct movies around the environment, climate, and provide solutions to climate change.

It is with profound sadness that we grieve the loss of James Redford, our Co-Founder, our inspiration and our friend. With Jamie came love and contagious joy. He approached everything he did with kindness and warmth, and an openness that spread itself easily among others. Jamie worked tirelessly to build a healthier world for us all, and particularly for those most in need of support. He always led with his enormous heart and was guided by his curiosity and creative spirit. He was a fierce protector of the natural world and believed that everyone deserved a healthy environment in which they could thrive and play. As a filmmaker, writer and activist, Jamie was intentional and inspirational. As a father, husband, brother, son and a friend to so many – he was a devout supporter, always full of hope. He will be greatly and intensely missed. The Redford Center extends our deepest sympathy and love to Jamie’s family. We ask that you hold them close in your heart as we move forward in Jamie’s name and walk proudly in his footsteps. Together we will carry forward his big and beautiful legacy. – Jill Tidman, Executive Director

Cindi Berger, a rep for Robert, told PEOPLE that the legendary actor “is mourning with his family during this difficult time and asks for privacy.”

“The grief is immeasurable with the loss of a child,” Berger continued. “Jamie was a loving son, husband and father. His legacy lives on through his children, art, filmmaking and devoted passion to conservation and the environment.”

Our thoughts and prayers are with the entire Redford family.