Kevin Costner Through The Years: Listing 7 Of His Noteworthy Roles 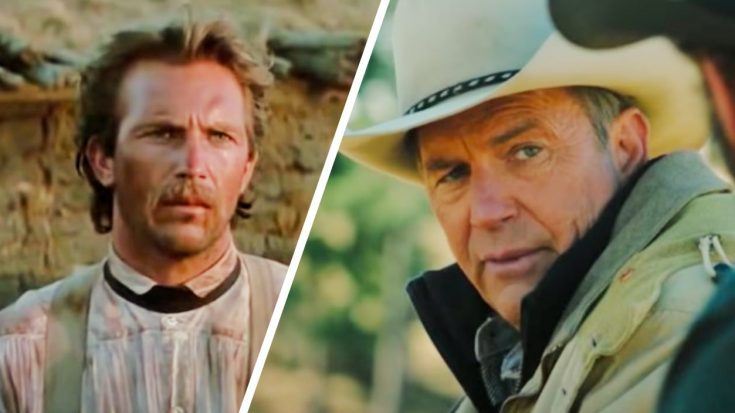 At the age of 67, Kevin Costner is still one of the biggest stars in the entertainment industry. He’s currently the star of the hit Paramount series Yellowstone, and earned critical acclaim for his role in the 2020 film Let Him Go.

Costner has been in the business for 40 years now. Over the course of those 40 years, Costner has played a variety of characters: a farmer, a former Secret Service agent, and a district attorney, among others.

Dive into the list below to relive seven of Costner’s standout performances over the course of his career. He’s been in a ton of iconic projects, so we tried to narrow this list down to the absolute best of the best!

Costner played Eliot Ness in the 1987 film The Untouchables. Ness was a real-life person…he was a Prohibition agent known for forming a group called The Untouchables in an effort to bring down Al Capone.

The Untouchables marked the first time Costner landed a starring role in a film. He appeared alongside other notable actors such as Sean Connery (who won an Academy Award for his role in the movie) and Robert De Niro.

This was the project that gave Costner his first burst of serious star power, and led to subsequent starring roles over the course of the following decades.

In 2017, Field of Dreams was chosen by the Library of Congress for preservation in the United States National Film Registry. That’s how important the movie was back when it was released, and how important it still is today.

1990’s Dances with Wolves was a major project for Costner. He starred in, directed, and produced the film.

Dances with Wolves was Costner’s directorial debut…and it was a successful one. He won the Academy Award for Best Director, and the film itself won Best Picture.

Costner was also nominated for the Academy Award for Best Actor for his performance as Lieutenant John J. Dunbar. Dances with Wolves made it clear that Costner was a force to be reckoned with in the entertainment industry.

In 1991, Costner joined the likes of actors such as Errol Flynn and Richard Todd in portraying the legendary English outlaw, Robin Hood.

Costner’s costars in Robin Hood: Prince of Thieves included Morgan Freeman, Alan Rickman, and Mary Elizabeth Mastrantonio. Rickman won a BAFTA Award for his performance as the Sheriff of Nottingham.

On top of starring in the film, Costner also served as an uncredited producer.

Costner was on a roll in 1991, having starred in both Robin Hood: Prince of Thieves and JFK. In the latter film, Costner played Jim Garrison, who was a real-life district attorney in Orleans Parish, Louisiana.

Costner was nominated for a Golden Globe Award for Best Actor in a Drama for his portrayal of Garrison, but lost to Nick Nolte. Still, JFK stands out in Costner’s catalog of films.

The year after appearing in Robin Hood: Prince of Thieves and JFK, Costner knocked out yet another blockbuster…The Bodyguard. He played a former Secret Service agent named Frank Farmer, who was tasked with protecting R&B star Rachel Marron (played by Whitney Houston in her debut acting role).

The Bodyguard was the second-highest grossing film of 1992. Its soundtrack contained Houston’s version of Dolly Parton‘s “I Will Always Love You,” which sold over 20 million units. The soundtrack as a whole became the best-selling movie soundtrack of all time.

Although Costner continues to star in movies, in more recent years he has become known as the lead of the Paramount Network’s breakout TV series, Yellowstone.

Costner plays John Dutton in the series, a rancher who owns a massive amount of land. His costars include Luke Grimes, Kelly Reilly, and Cole Hauser.

There’s no doubt about it, Yellowstone will go down in history as one of Costner’s best projects.

Which Costner movie or series is your all-time favorite? There are so many we didn’t get the chance to mention in this list, so feel free to name them too!