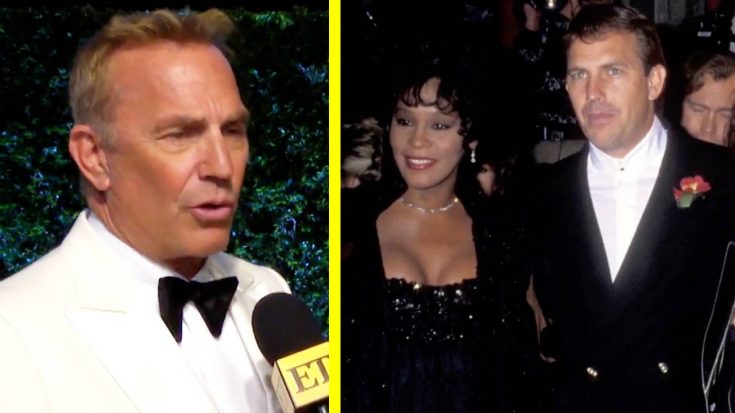 At Sunday’s Academy Awards, Kevin Costner gave a heartfelt speech about the power of directing a movie, and gave out the Oscar for Best Directing.

Before he presented the award to Jane Campion for her work on The Power Of The Dog, he gave an impassioned speech about his experience behind the camera. He also told a story of the first time he ever saw a movie by himself in a theater, which was How The West Was Won, when he was just seven years old.

“And what I witnessed that afternoon in the Cinerama dome….was perfect,” he said. “The curtain, when we still had them, open ed to a film almost 4 hours long. It had an intermission where the score continued, subtly the second half was about to start. I don’t know where everyone went, but I wasn’t gonna get up. I decided I was not going to give up my magic seat. I was determined that I would not miss a minute. And as I sat in the dark that afternoon 60 years ago, all I really knew was that I was in careful hands. Little did I know that three directors would be responsible for that epic moment in my life. It fired my imagination. And they captured my heart. And that’s what can happen when you direct a movie. You can change a mind. You can change a life. You can change a trajectory of a career. You can capture a heart, but you can’t do it alone.”

He then spoke about this year’s Best Director nominees and their “long days and even longer nights,” as well as everything that goes into being a director.

After this powerful speech, Costner and his wife, Christine, went to the Vanity Fair after party, after a wardrobe change of course!

While walking the red carpet at the Vanity Fair after party, Costner – now wearing a white tuxedo – stopped to talk to Entertainment Tonight’s Lauren Zima. She brought up an upcoming movie about Whitney Houston, and asked how Costner felt about it.

He said, “Listen, I have my own reality of what that was and now Whitney belongs to everybody. But I have a forever memory.”

As you probably know, Houston and Costner starred in the 1992 movie The Bodyguard together.

Zima brought up that people are thinking of Houston now more than ever because the 10th anniversary of her passing was on February 11, 2022.

“I don’t think she realized how good she was. There was a moment in time where the singers behind her, there was a lot of dancing in their music. Whitney for me, was a flat-footed singer. Like Streisand, her voice was so powerful that she did not need to dance. Sometimes I wonder if she pushed herself to a place she didn’t need to go.”

When asked about his feelings about a Bodyguard remake, which is in the works, Costner said, “People can do what they want.”

Like Houston once sang to him, we think Costner will always love her. See his interview below.