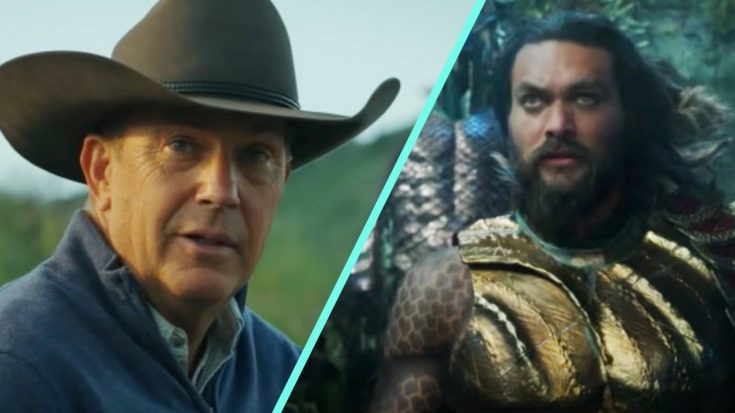 Kevin Costner was a presenter at the Oscars on Sunday night (March 27). He attended the ceremony with his with, Christine, and they walked the red carpet together.

“How beautiful is my date?” Costner captioned a photo of him and Christine.

How beautiful is my date? Thank you to @TheAcademy for having us tonight. pic.twitter.com/K4Dlm5iLqA

While walking the red caret, Costner ran into an actor that he shares a fun connection with. That actor was Aquaman star Jason Momoa.

Momoa is known for playing Aquaman, a DC Comics character who can manipulate water and communicate with sea creatures. So how does this relate to Costner?

If you recall, Costner starred in the 1995 film Waterworld. He played the main character “The Mariner” who sailed around the water-covered Earth.

When Costner met Momoa on the Oscars’ red carpet, the two actors paused to take a photo together. Costner later shared the image on social media, captioning it, “The Mariner meets Aquaman.”

You can see the picture below.

Costner served as a bright light during what turned out to be a dramatic ceremony. He gave a passionate speech as he presented the award for Best Director, in which he spoke about the magic of movies.

The Yellowstone star earned immense praise for his speech, which you can watch below. It gave us goosebumps!