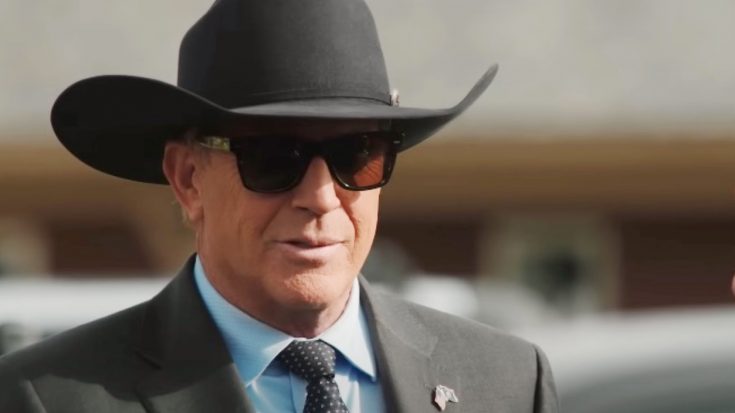 Yellowstone is the #1 show on television…and has been for years. Its episodes draw in millions of viewers and shatter records in the process.

The show is such a huge success thanks to its immensely talented cast. Kevin Costner leads as the show’s main character, John Dutton.

For years, fans have been baffled over the fact that Costner has never received a major award for playing John Dutton. So there was a lot of celebrating when it was announced that Costner had been nominated for a Golden Globe Award this year.

The 80th Golden Globe Awards were held on Tuesday night (January 10). Unfortunately, Costner was unable to attend the ceremony due to weather conditions in his area.

As Costner explained in a video he shared on social media:

“…I’m so sorry for everyone who might’ve been tuning in to watch the Golden Globes. [His wife] Chris and I aren’t gonna be able to be there…yesterday, we had to pull the kids out of school in Santa Barbara. This is the second time in five years…the freeways are flooded out, we found ourselves on the wrong side of the town. We couldn’t get back last night, we couldn’t even get back to the house this morning in time with the freeways closed. Nobody’s sadder than us that we can’t be there at the Golden Globes.”

Costner said his wife, Christine Baumgartner, had a “beautiful dress” she planned to wear to the ceremony. He was looking forward to walking down the red carpet with her.

It’s a shame Costner wasn’t able to attend the ceremony…especially since he ended up winning the award for Best Performance by an Actor in a Television Series (Drama)!

Costner celebrated the win in a post on social media, saying:

“Thank you to the Hollywood Foreign Press and @goldenglobes for this tremendous honor and to the @Yellowstone team for bringing John Dutton’s world to life. I share this recognition with my castmates, the producers, and our incredible crew. Most of all, thank you to our show’s fans, who love Yellowstone Ranch as if it were their own.“

Most of all, thank you to our show’s fans, who love Yellowstone Ranch as if it were their own.