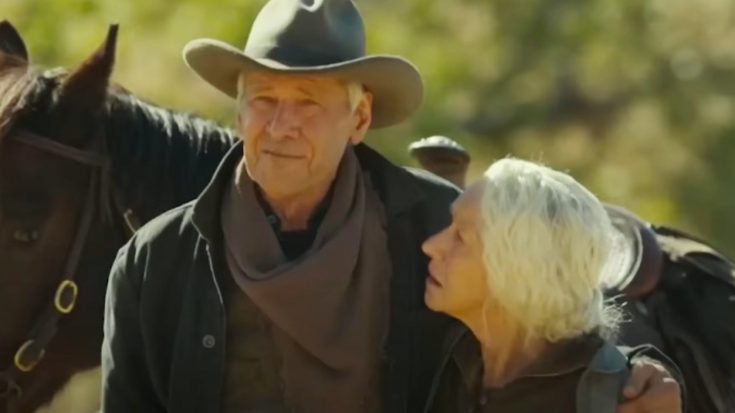 Yellowstone fans are loving the show’s newest prequel series, 1923. The series follows a different generation of Duttons as they struggle to hold on to their ranch during one of the most difficult times in history.

1923 stars Harrison Ford and Helen Mirren as Jacob and Cara Dutton. Jacob is the brother to 1883‘s James Dutton, who was played by Tim McGraw.

Four episodes of 1923 have been released so far. The series is currently on a break, and will return on February 5.

There have been previous reports that 1923 may be getting a second season. Back in October, Deadline reported, “that negotiations [were] underway to bring back the cast for another season.” The outlet also said, “Taylor Sheridan‘s limited series ‘1923’ has turned out to be such a sprawling saga that he’ll need two seasons to get it done.”

Then in December, 1923 creator Taylor Sheridan spoke about his plans for the show. He clarified that it isn’t really getting a true Season 2, but just a second half. He told Deadline:

“Well, it’s really the second half of the season. This one is different than ‘1883’ where I had the whole thing blocked out in my head. This one, I had no idea what I was going to do. I just went on a journey myself and I’m the one that made the call to the network, which is probably the greatest call they ever got. Hey, I need to make more episodes to finish this story. I need to do this in two blocks. An eight episode block and a second eight episode block to wrap this up. I can’t wrap it up in two episodes and do the story justice. For them, it is great because they get more content. For me, I get more runway.”

The Wall Street Journal seems to back up Sheridan’s prior statement. In a report published on Saturday (January 7), the publication claims 1923 is getting more episodes than anticipated. According to this report, producers are hoping to “spread out their production costs and nearly double their supply of content.”

The Wall Street Journal’s report claims that filming for the second batch of episodes is expected to begin in the spring. The publication simply described the episodes as being “more ‘1923,'” without calling them part of a second season.

Insider contacted Paramount about the report but the network declined to comment.

It’s worth noting there has been prior confusion about the Yellowstone prequels getting second seasons. When 1883 started, there were reports Paramount had ordered additional episodes. While this was true, Sheridan had no plans to continue the series beyond its single season.

Even the folks at Paramount were confused when they saw how 1883 ended. As Sheridan explained in his Deadline interview, this misunderstanding led to the creation of 1923. “So, I said I’ll come up with another peek into the window,” he recalls.

We’ll just have to wait and see how 1923 plays out. No matter how many episodes the show gets, if they’re as good as the first four we’re sure to be in for quite the ride!