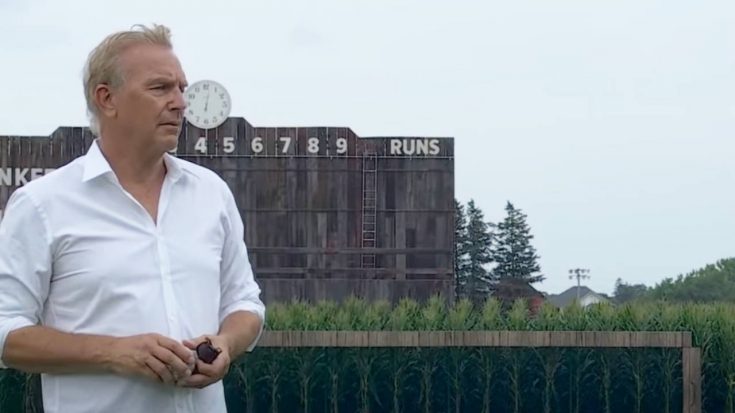 On May 5, 1989, the movie Field of Dreams was released to theaters. Starring Kevin Costner, it followed Ray Kinsella, a farmer who builds a baseball field on his corn farm after hearing a voice telling him, “If you build it, they will come.” The field attracts the ghosts of baseball legends including Shoeless Joe Jackson, played by Ray Liotta, and the Chicago Black Sox.

The movie was filmed on a real farm in Dyersville, Iowa, which kept the field as a tourist destination. By the film’s tenth anniversary, the field saw 65,000 tourists a year. In 2019, MLB announced that the White Sox and the Yankees would play a regular season game at the Field of Dreams site the next year. Due to COVID-19 and logistical issues, the game was pushed back to August 13, 2021.

8,000 fans filled the stands and before the game started, Kevin Costner walked out from the corn field to the score of movie. As he got to mid-field, he looked back at the cornfield, where both teams walked out six at a time, three from each team.

Before the first pitch was thrown, Costner took to the mic to say a few words about the legacy of Field of Dreams. He ended it by asking the 8,000 fans, “Is this Heaven?” to which they replied, “No, it’s Iowa!”

At the end of the iconic film, Costner’s character finally figures out why he was called to build the field…so his father would show up. And he did.

The film ends with him asking his father, “Hey Dad, wanna have a catch?”

When he was filming Field of Dreams, Costner was already a father to daughters Annie and Lily, and an infant son named Joe. Now an adult, Joe accompanied his father to the Field of Dreams game, where they were actually able to “have a catch” together.

Costner documented the moment on his Instagram page, writing, “Last week the MLB gave me a chance to “have a catch’ with my son at the Field of Dreams. Joe was just a baby when we made Field of Dreams—a movie ultimately about the relationship between a father and son. It felt completely full circle to share this incredible experience with him.”

According to photographer Cale Glendening, it was Joe’s very first time at the field. What an incredible moment they will both remember forever!