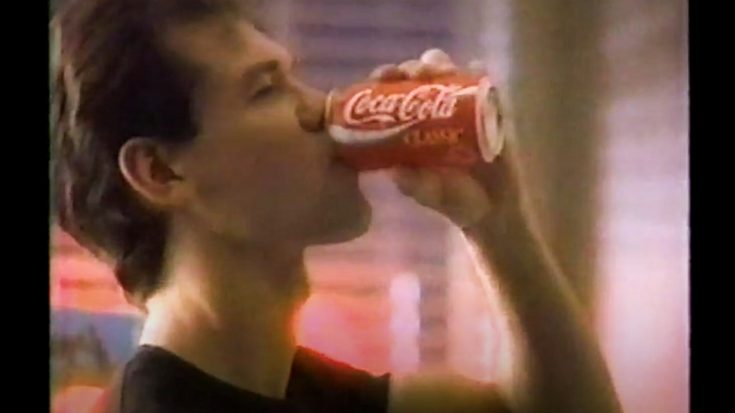 You know and love Randy Travis for his impressive country music pipes — but do you remember when he was a straight-up stud in a 1990s Coke commercial?

This date in 1990:
Heroes & Friends by Randy Travis was at #1 on the Country chart. Except for the title track, every song on this album is a duet with another artist. Dolly Parton, Merle Haggard, George Jones, Kris Kristofferson, and Tammy Wynette all featured on the album. pic.twitter.com/8XJLkhTcWQ

The tune featured in the video below was written by Travis himself, who said he was flabbergasted at the amount of work and manpower it takes to film a quick, one-minute-long commercial.

Many fans who loved Travis for years were surprised when he made headlines in 2013 after suffering a serious stroke. His prognosis was dire, with doctors predicting the worst. Travis has shown an incredible work ethic in his recovery process and has regained the ability to walk.

Travis released a memoir in 2019, detailing his career and his life before and after his stroke. Today, he’s continuing to work hard at his rehabilitation while living at his Texas ranch that he shares with his wife, Mary Davis-Travis.