Patsy Cline’s “She’s Got You” Gets Kellyoke Treatment 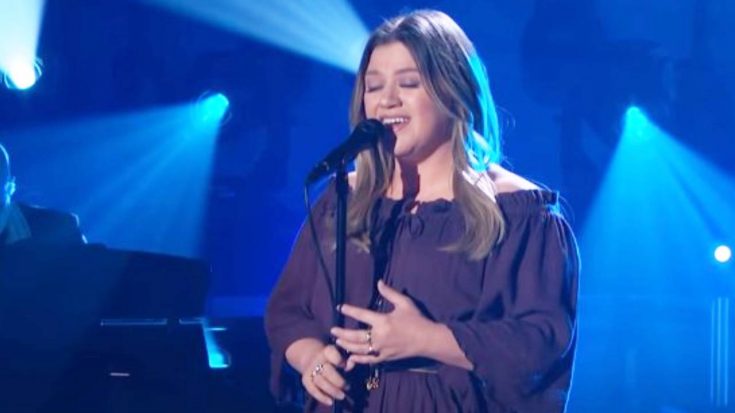 As most fans know, Kelly Clarkson kicks off each and every episode of her talk show, The Kelly Clarkson Show, with a fan-requested song. She appropriately titled the segment “Kellyoke.”

The Grammy Award-winning singer has performed covers of songs from all genres including pop, modern rock, classic rock, R&B, and of course, country. Some of the country songs she has performed are “Blue Eyes Cryin’ In The Rain,” “Before He Cheats,” and “A Broken Wing.”

For her Wednesday, April 7 show, she performed a true country classic: Patsy Cline’s 1962 single “She’s Got You.”

Written by Hank Cochran, “She’s Got You” went to number one on the charts and was Cline’s follow up to her two massive songs the previous year – “Crazy” and “I Fall To Pieces.”

Standing on the dimly lit stage, Clarkson sang the emotional lyrics that she probably related to all too well.

Watch Clarkson’s performance of “She’s Got You” below.