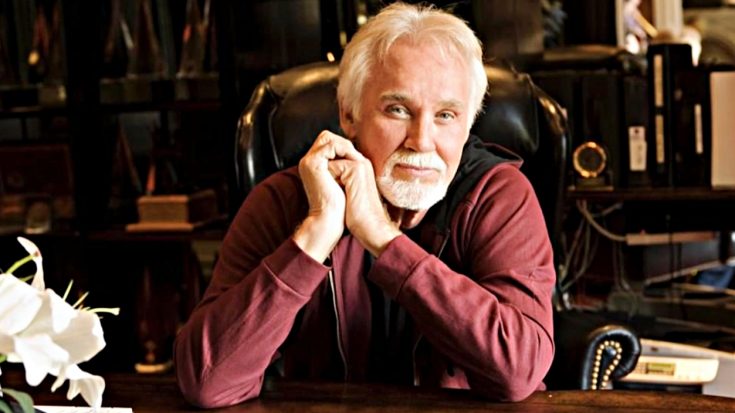 Two years after Kenny Rogers‘ death, his family and friends gathered for a memorial service in Atlanta, Georgia, where the “Lady” singer was laid to rest.

Kenny Rogers died on March 20, 2020, but his funeral was postponed for two years due to COVID. On Sunday, on the two year anniversary of his passing, Rogers was remembered by a small group during an outdoor ceremony hosted by Linda Davis and Billy Dean who frequently toured with the singer.

More than 15 speakers reportedly shared stories and memories of Kenny, including his widow Wanda and their twin sons Justin and Jordan, Rogers’ longtime attorney Bruce Phillips, his manager Jason Henke and Don Schlitz who wrote one of Rogers’ biggest hits, “The Gambler.”

CMT.com reports that a gospel choir concluded the ceremony by singing “Amazing Grace” and a recorded performance of Kenny Rogers singing “Will the Circle Be Unbroken” was played.

During a reception following the funeral, a new lyric video for Rogers’ song “Goodbye” was played for the first time.

Kenny Rogers’ family has invited his fans to visit his final resting place at the Oakland Cemetery in Atlanta, Georgia. See photos from Rogers’ funeral here.

Kenny Rogers passed away of natural causes at the age of 81 surrounded by his family. Over the course of his career that spanned more than five decades, Rogers won three Grammy awards, sold more than 100 million records and became a member of the Country Music Hall of Fame. Some of his greatest hits include “The Gambler,” “Lady,” “Lucille,” “Through The Years,” and “his chart-topping duet with Dolly Parton, “Islands in the Stream.”

Rogers was honored during a special television tribute filmed prior to his death. In 2017, an all-star concert was held at Nashville’s Bridgestone Arena and it featured appearances and performances from Lionel Richie, The Judds, Reba McEntire, Chris Stapleton, and more. But, the highlight of the night was when Rogers reunited with his longtime duet partner Dolly Parton for performances of “Islands in the Stream” and “You Can’t Make Old Friends.” The concert concluded with Parton singing “I Will Always Love You” to her friend.

Watch that performance in the video below.