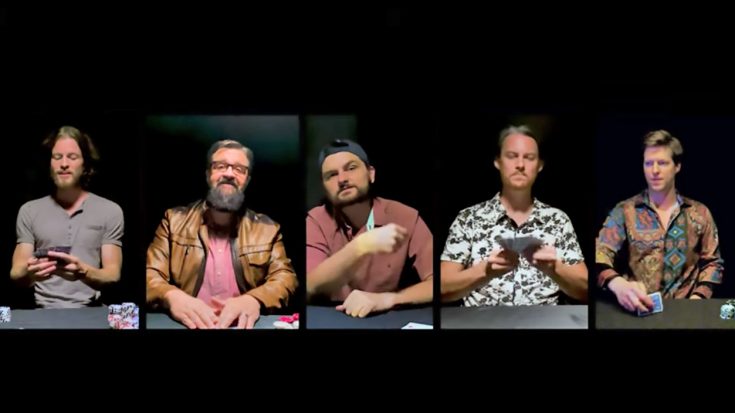 “The Gambler,” is one of those timeless songs that will forever be renowned. It was written by Don Schlitz in August 1976.

Johnny Cash cut it. Bobby Bare cut it. Under the name “Charlie Tango,” Conway Twitty’s son, Michael Twitty, cut it. Even Schlitz himself cut it, as well as many others. But when Kenny Rogers and producer Larry Butler finally recorded “The Gambler,” it became the legend of a song that it still is to this day.

Schlitz revealed the background of the song during an interview with American Songwriter:

“I wrote it in August of ’76, walking home from a meeting with my mentor, Bob McDill [writer of songs by Waylon Jennings, Anne Murray and others]. I walked from his office over on Music Row to my apartment, and in that 20 minutes I wrote most of it in my head. I didn’t write a last verse, had no idea what was gonna happen, thought it was an interesting story but it was a throwaway. I spent about six weeks trying to figure out what was gonna happen after the chorus.”

Schlitz finished the song over the next few weeks, and it went on to be performed by countless artists.

Joining the ranks of inspirational artists that covered “The Gambler”, is a cappella group and Sing-Off champions Home Free. As a listener, it’s almost hard to believe that all of their songs are recorded, and performed without instruments.

The band even released a music video to go along with the song. It shows each member sitting around a poker table.

Watch the amazing cover by Home Free below.