Kelly Clarkson Puts Her Twist On A 90s Country Hit 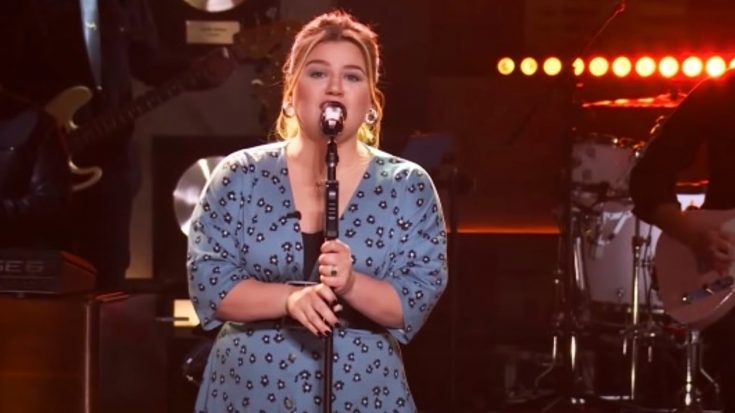 Kelly Clarkson may be known as a pop star, but she grew up on country music. She has great respect for the legends of country music, and shares close friendships with artists such as Trisha Yearwood, Reba McEntire, and Garth Brooks.

Because she loves country music so much, Clarkson often incorporates country covers into the “Kellyoke” segment of her namesake talk show. She covers a good mix of classic, traditional, and modern tunes.

Since she was born in 1982, Clarkson spent her childhood listening to 90s country music. She’s covered many 90s country songs for “Kellyoke,” including “Cowboy Take Me Away,” “Here’s a Quarter,” and “Ain’t Goin’ Down (‘Til the Sun Comes Up).”

Clarkson also covered a 90s country hit by Terri Clark. The song she sang was Clark’s 1995 single “Better Things to Do.”

Fans loved hearing Clarkson’s twist on the song. It seems Clark loved it too, because she shared the video on her Facebook page.

“In case you missed it!… Kelly Clarkson singing “Better Things To Do”!” Clark wrote.

You can check out Clarkson’s cover of “Better Things to Do” in the video below. Which 90s country song would you like to hear her sing next?