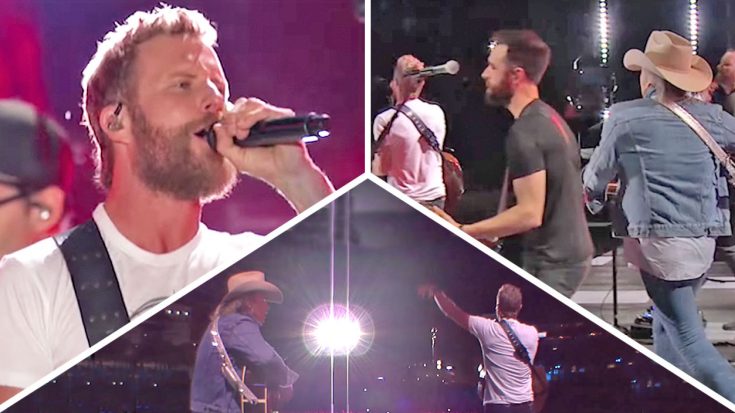 Country singer Dierks Bentley has no shortage of songs to choose from when putting together a live set. With nine albums and 16 number one songs, you’d think he’d want to perform them all.

But when you have an opportunity to perform with a country legend, you can’t turn that down! During his rockin’ CMA Fest set, Bentley got the crowd pumped up with several of his hit songs including his latest number one single, “Woman Amen.”

Bentley began singing the 1993 hit song “Fast As You” and when he got to the second verse, he brought out the song’s original singer and writer, country legend Dwight Yoakam!

“CMA Music Fest, make welcome to the stage, the one and only Dwight Yoakam!” Bentley yelled to the packed stadium.

As much as Bentley loved having Yoakam up there with him, it looked like the country legend was having just as much fun!

CMA Fest took place back in June, but was filmed for a television special, which aired August 8!