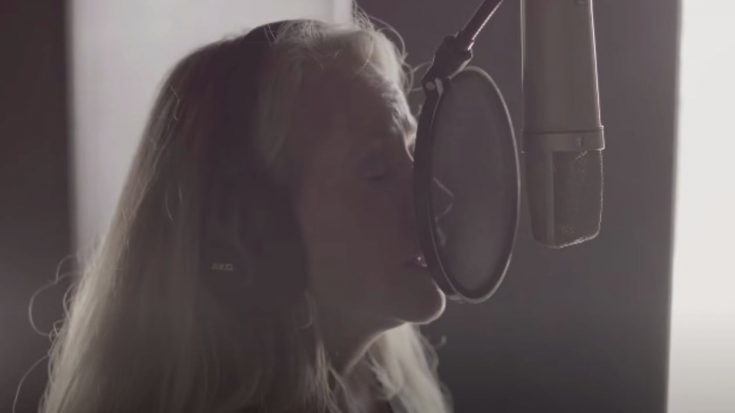 Deana Carter released her debut album Did I Shave My Legs for This? in 1996. The song “Strawberry Wine” was her first single, and it made her an instant star.

Did I Shave My Legs For This? turned 25 years old this year (2021). To celebrate, Carter released a remastered edition of the album on November 5.

The remastered album features a brand-new version of “Strawberry Wine.” But Carter doesn’t sing it alone. She enlisted the help of some modern country stars, including Ashley McBryde, Lauren Alaina, and Kylie Morgan.

Martina McBride is also featured on the track, as is Vince Gill, who plays guitar.

Carter released a music video to accompany the new version of “Strawberry Wine.” The video contains clips of Carter and her collaborators when they were recording the remake in the studio.

Just a few days after releasing this remake, Carter made an appearance at the CMA Awards in Nashville. She presented an award, and started singing “Strawberry Wine” while she was on stage.

In one of the most memorable moments of the night, the entire audience joined in and started singing with Carter. She later reflected on the experience, saying, “THANK YOU for having me & for such an unforgettable moment when the whole arena sang #StrawberryWine with us & gave us a standing ovation!! WOW!!!! Incredible!!!!!!”

You can watch Carter’s “Strawberry Wine” singalong at the CMA Awards below.