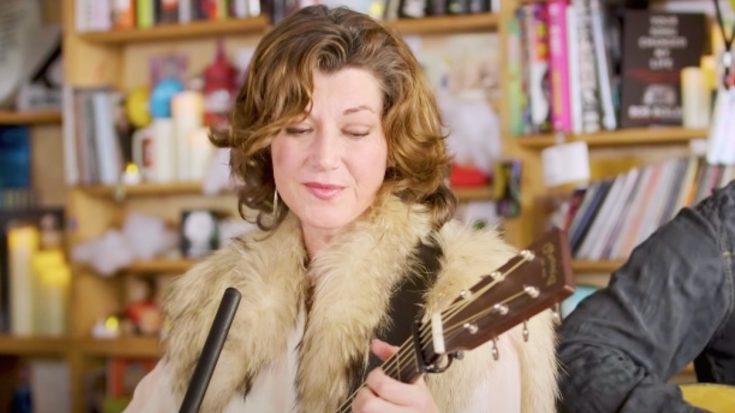 In July, Amy Grant was injured after hitting a pothole while riding her bicycle with a friend. She was thankfully wearing her helmet.

Amy was eventually released from the hospital, and has been recovering at home. Her team announced the postponement of all of her August concerts.

Later, Amy’s team announced the postponement of her September and October shows as well. They issued a statement, saying:

“Friends, we regretfully need to postpone Amy’s previously scheduled tour dates in September and October due to Amy needing more time to recover from injuries and a concussion sustained in a bicycling accident that occurred in Nashville on July 27, 2022.“

Amy’s team promised that she would resume touring in November on the Christmas Tour with Michael W. Smith. She also plans to participate in her annual “Christmas At The Ryman” Residency with Vince during the holiday season.

“Amy is getting stronger every day. Just as she did after her heart surgery, we are amazed at how fast she heals. However, although she is doing much better, we have made the difficult decision to postpone her fall tour so she can concentrate on her recovery and rebuild her stamina. She wants to be able to give 100% when she tours and, unfortunately, we do not think that will be the case by the time rehearsals would start for the fall dates…Amy would like to extend her gratitude for all the many good wishes and prayers offered since the accident. She feels the impact of the collective good will extended her way. Thank you.”

One month after her biking accident, Amy addressed her fans in a statement of her own. She thanked everyone for keeping her in their thoughts and prayers as she continues to recover.

“I want to say thank you to everyone who has written me a note, sent flowers or gifts, or said a prayer on my behalf. I’m one month into a recovery that has held so many unexpected hidden gifts. On the advice of my doctors and other friends who have been through similar experiences of recovery, I am choosing to give myself the gift of a very simple fall season.”

Amy said she is looking forward to performing again during the holiday season. You can read her full statement below.