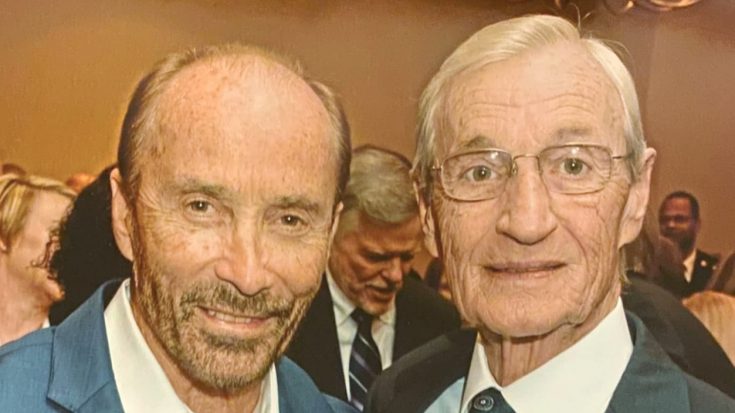 “God Bless the USA” singer Lee Greenwood is mourning the death of someone extremely close to him and his family. That someone was his manager and “good friend” of 45 years, Jerry Bentley.

Greenwood shared the news that Bentley passed away on Sunday morning (August 28). He wrote a lengthy tribute to his longtime friend on his official Facebook page.

“Jerry served our country honorably as a marine and was wounded in Vietnam in 1967, had an illustrious career as an executive with GTE, for fifteen years, then joined my team in 1984,” Greenwood said. “He would become not only the man at the helm of my career, but my closest friend and most trusted advisor.“

Greenwood explained how special their friendship was, saying:

“In all the years we worked together, we never had a contract as manager and artist. Once a year, we sat down and evaluated our working relationship and would shake hands on our work together for the next year. His handshake was his bond and his word was always solid. His influence elevated my career and my life. His caring for my family was personal.”

You can see Greenwood’s tribute to Bentley below. He included lots of photos of the two of them together throughout the years.

Our hearts and prayers go out to all who knew and loved Bentley. May he rest in peace.