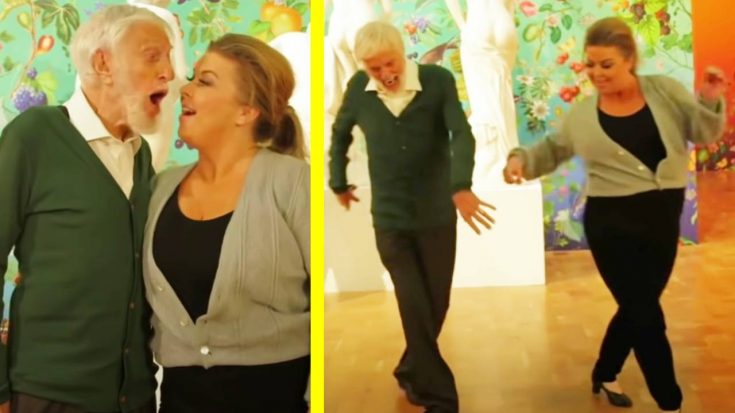 One of the most famous men from the golden age of Hollywood turned 96 on December 13, 2021, and is in amazing health.

“I have all my marbles” he even said during a taped video for the 2020 election.

Dick Van Dyke has been a classic film and TV icon for more than 70 years. Starring in his own namesake show in the early 1960s, Van Dyke also appeared in some of the most memorable films to ever have been made like Chitty Chitty Bang Bang, Mary Poppins, and Bye Bye Birdie.

There is no doubt that he has made his mark on the world through his talent. He was even one of the five honorees at the May 22nd, 2021 Kennedy Center Honors ceremony.

Even though he is retired, the 96-year-old legend hasn’t skipped a beat, often performing for his wife, Arlene Silver, at their home.

He often shares about how he keeps moving, even in his nineties with arthritis, COPD, and Spinal Stenosis. He rides a stationary bike and does other exercises. You can see his other exercise equipment in the post below.

A candid video below also shows that he never stops singing, as well!

For Valentine’s Day 2022, Van Dyke and his wife of almost ten years, Arlene Silver, celebrated by putting out a music video to the tune of Doris Day’s late 1950s hit song “Everybody Loves A Lover.” Silver sang Day’s part with Van Dyke adding his own touch with some scat singing and joining his wife during different parts of the song. Silver was also joined on vocals by The Vantastix, which consist of Eric Bradley, Bryan Chadima and Mike Mendyke.

They even performed a little choreographed dance during the video, and it brought us right back to his epic dances scenes in almost every movie he’s been in.

Watch their music video below.