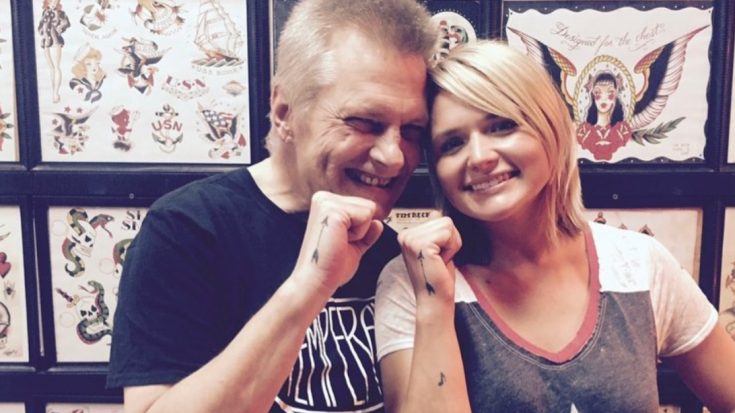 Lambert took to social media to pay tribute to Wray who shared the stage with her for the majority of her career.

“Last night I lost one of my most treasured friends, band mates and road family members, Scotty Wray. We met in 2001 in Greenville, Texas. I was 17 . That was the beginning of our journey together,” Miranda wrote. “We went through so much life together on and off the stage. We wrote songs, played gig after gig, fought, cried, laughed and even got matching arrow tattoos after we made it out of some rough patches together.”

The “Tin Man” singer added that she could always count on Wray and that together she felt like they could “take on the world.

“He was the one I could count on. Always. No matter what. If he was there on my right side I felt like I could take on the world. Scotty Wray was family to me and I’ll never sing a note without him because I know he is there with me. He always has been. I love you my sweet Bud Wray.”

Wray’s cause of death hasn’t been revealed, but he had been battling heart issues for the last few years. Those health issues forced Wray to come off the road to focus on his well-being.

Scotty’s brother, Collin, spoke about his brother to Bobby Bones in August of 2020, saying: “He’s played with Miranda Lambert since she began. He introduced me to Miranda when she was 17 years old. So, I’ve known her a long time. He was sort of her only band when she was playing around Dallas and Austin and stuff. And playing the little acoustic things and stuff.”

“He always believe in her, as did I…had no idea it was gonna go where it went,” Collin said. “Recently he’s had some health issues with his heart…he had a really bad year last year. He’s probably done touring at this point.”

Collin went on to share that the album he and Scotty made together in 2020, called Scars, was a full circle moment for them.

“He and I started this together when we were 15, 16-years-old. We got separated and went different ways. We’re very different in a lot of ways, things we wanted to do and what-not. But, we’ve always been close. But, it was so cool to get to work with him on this record,” Collin said.

Our deepest condolences go out to Scotty Wray’s family and his loved ones during this difficult time.

Hear Miranda Lambert and Scotty Wray sing “Scars,” a song written by Wray more than 20 years ago, in the video below.