Collin Raye Mourns Death Of His Brother, “A Bond That Not Everyone Can Understand” 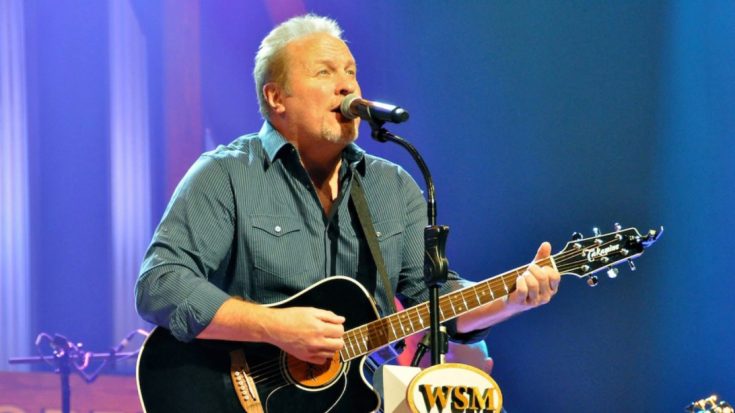 In a statement posted to social media, Collin paid tribute to his brother and recalled their last meeting the day before Scotty died. Collin had visited his brother in a care facility where Scotty had been living due “suffering from an illness for some time.”

“It was still sudden and shocking for me as I had spent hours with him, just the day before, and left him Thursday evening feeling like I’d see him again soon,” Collin recalled. “We spent the day telling stories, reminiscing and laughing. I never would have guessed, he’d pass on, the next day.”

Collin and his band, “The Riff Raff,” performed a classic rock tribute show in Texarkana on Friday night, a show that Scotty had hoped to see. The “Love, Me” singer shared that he filmed the entire concert to show to Scotty who was too sick to attend. But, was later told that Scotty had died before his brother took the stage that night.

Collin Raye got his musical start alongside his brother in a group simply called The Wrays. The group released two independent singles in the early ’80s followed by two singles released on Mercury Records. Their highest-charting single, “You Lay a Lotta Love on Me,” reached the Top 50 on the Billboard Hot Country Singles Chart in 1987.


Collin made his debut as a soloist in 1991 and earned his first No. 1 single with “Love, Me.” His debut album, All I Can Be, was certified platinum as were Raye’s next three albums.

Scotty Wray became a successful musician in his own right when he joined Miranda Lambert’s band when she was only 17. He played guitar for Lambert until heart issued forced him to retire. Miranda paid tribute to her longtime guitarist, a man she called one of her “most treasured friends,” in an Instagram post following his death.

Hear the Collin Raye and Scotty Wray perform as the Wray Brothers singing “You Lay A Lotta Love On Me” below.