7 Facts About ‘The Best Little Whorehouse In Texas’ 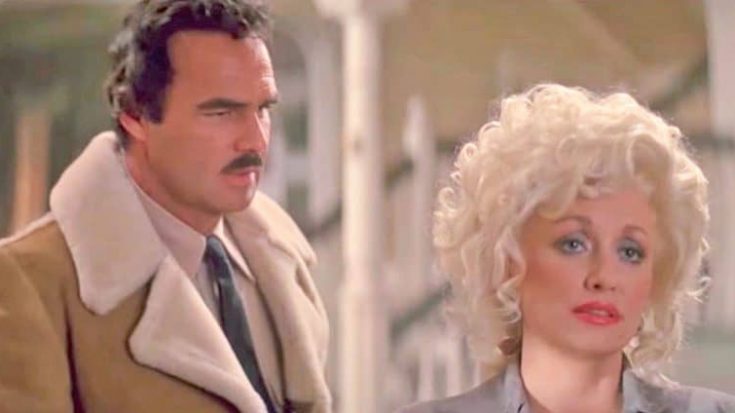 Two years after making her acting debut in the comedy film 9 to 5, country superstar Dolly Parton further established herself as an actress by starring in the musical comedy The Best Little Whorehouse in Texas. She played Miss Mona Stangley, the woman in charge of running the “Chicken Ranch” brothel in the town of Gilbert, Texas.

Miss Mona is in a relationship with Sheriff Ed Earl (Burt Reynolds), who turns a blind eye to his lover’s illegal line of work. But television personality Melvin P. Thorpe (Dom DeLuise) ends up exposing the brothel, and chaos ensues.

With Parton in a leading role, the film had great appeal to country music fans. It remains a fan-favorite today, and is one of the most successful films of Parton’s acting career.

We’re sure you’ve seen the movie a time or two yourself! But do you really know everything about it and its production? We’re sure you don’t!

That’s why we’ve put together this list…to fill you in on seven facts you likely didn’t know about The Best Little Whorehouse in Texas. Head down below so you can start learning all about them!

1. It Was Adapted From A Broadway Musical

There are so many films with roots in Broadway that sometimes we don’t even realize that’s where they originated. So that’s why some of y’all may be surprised to hear that The Best Little Whorehouse in Texas wasn’t an original film…it was an adaptation of the 1978 musical of the same title.

Since it was an adaptation, the film version didn’t follow the musical’s plot point for point. One major difference between the two? In the stage version, Ed Earl and Miss Mona had a one-night stand 15 years prior, but have maintained no romantic relationship since. That’s different in the film, as Ed Earl and Mona are involved in an ongoing affair.

That’s quite the change!

2. It Is Based On Real Life

The character of Melvin P. Thorpe (Dom DeLuise) is based on an actual television personality. His real-life counterpart was a newsman named Marvin Zindler, who was responsible for bringing about the closure of the real-life Chicken Ranch brothel in Fayette County, Texas.

Zindler’s 1973 report on the brothel was published in Texas Monthly Magazine and also appeared in two issues of Playboy in 1974. Zindler’s report caused the brothel to permanently close after being in operation for nearly 70 years.

The popularity of The Best Little Whorehouse in Texas made it so no one would ever forget about Zindler, his report, or the Chicken Ranch.

3. Its Title Caused A Lot Of Problems

With a title like The Best Little Whorehouse in Texas, it was basically expected that the film would cause a bit of a stir. But the turmoil that resulted once the film made its debut is greater than you likely ever realized.

Due to the title, the Slough Police in the UK seized the movie for a short time because they were under the impression that it was a pornographic film. Once they realized the truth, the movie was free to appear in theaters.

It isn’t unusual for an actor to suffer an injury on set, but you usually think of such instances happening in the case of action movies with lots of stunts. Well, it turns out that Reynolds suffered a pretty painful injury while filming The Best Little Whorehouse in Texas…and all because he picked up Parton!

The scene in question takes place at the end, when Ed Earl lifts up Miss Mona. Something went wrong when Reynolds went to pick Parton up, and he ended up with a double hernia. Ouch!

Reynolds was already one of Hollywood’s leading actors at the time he was cast to play Ed Earl in The Best Little Whorehouse in Texas. Some of his previous projects had been The Longest Yard and the Smokey and the Bandit films, which also starred country singer Jerry Reed.

But despite his popularity, Reynolds was not the original actor that playwright Larry King wanted for the role. Once Parton was cast, King thought it would be a good idea to have another country star appear in the film…Willie Nelson. He apparently met with King about the project, but never committed.

Before Reynolds was cast, country star Kris Kristofferson and actor Gene Hackman were both considered for the role.

It’s hard to imagine anyone else but Parton in the role as Miss Mona. However, if King had his way, the role never would have been hers.

King recommended several actresses for the role, including Parton’s future Steel Magnolias castmate Shirley Maclaine, as well as Dyan Cannon, Cari Glynn and Jill Clayburgh. But King was told that they would not be good choices, since it was believed they didn’t have enough box office draw.

That’s when King turned to country music stars, and both Barbara Mandrell and Crystal Gayle were considered for the role before it eventually went to Parton.

7. Dolly Parton Wrote Songs For The Film That Were Never Used

Although “I Will Always Love You” wasn’t written for the movie, Parton penned a couple of songs to include in the film. Those songs were “Where Stallions Run” and “A Gamble Either Way,” which scenes were filmed for. However, only the scene for “Where Stallions Run” was used, and that was solely in the rebroadcast version on ABC television.

Since they weren’t used in the film, Parton included the two songs on her 1983 album Burlap & Satin. She renamed and reworked “Where Stallions Run” for the album, which became “A Cowboy’s Ways” once she finished it. We’re glad she put those songs on an album, otherwise we may not have heard them!

There you have it folks…which one of these facts about The Best Little Whorehouse in Texas surprised you the most? We’d love to hear your thoughts!