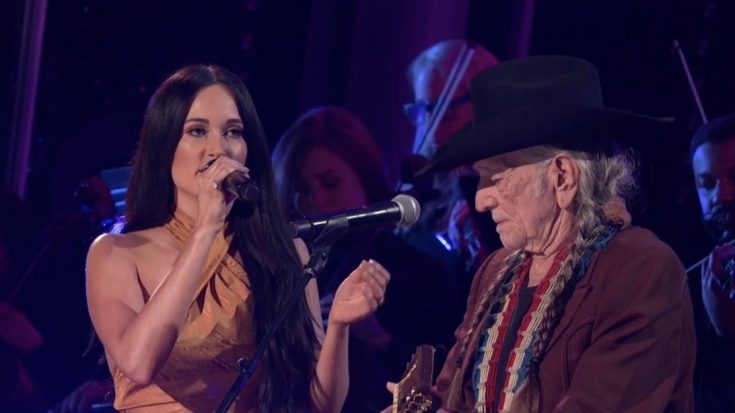 A dream came true for Kacey Musgraves on November 13, 2019 when she got to share the stage with her dear friend and mentor Willie Nelson. The pair teamed up to sing “Rainbow Connection,” a song from 1979’s The Muppet Movie.

The song may seem like an unlikely choice for a country music awards show, but Willie Nelson actually titled his 49th studio album after the Muppet tune in 2001.

The collaboration was a “Willie full circle” moment for Musgraves who first performed the song at 9-years-old. Footage of that performance was shared on Good Morning America Monday (November 11).

EXCLUSIVE ANNOUNCEMENT: @KaceyMusgraves will perform a duet with @WillieNelson at this year's #CMAawards. https://t.co/ENxQ2Hgpe2 pic.twitter.com/2dKahdmrMN

Nelson came alongside Musgraves early in her career, even taking her on tour in 2017. The two Texan natives collaborated on “Are You Sure” for Musgraves’ 2015 sophomore album “Pageant Material.”  In the years since, Musgraves has made numerous appearances with Nelson. But what makes the duo’s CMA Awards show appearance even more special is the fact that it’s the first time since 2012 that Willie Nelson has performed at the event.