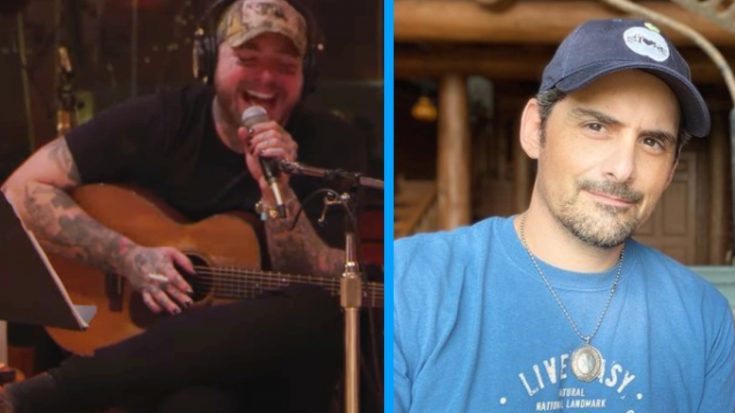 Dwight Yoakam’s band accompanied Malone for the event, which took place in a relaxed studio. Before the performance, the rapper informed viewers that he would play a couple of his favorite songs.

“I’m very grateful and very happy to be a part of this,” Malone stated, later adding. “We’ve got a couple great musicians and we’re just here to play some of my favorite country-esque tunes, and just have a good time.”

Malone treated “We’re Texas” viewers to a cover of Brad Paisley’s “I’m Gonna Miss Her (The Fishin’ Song),” which was released in 2002. The song rose to number one and quickly become one of Paisley’s most recognized tracks.

Immediately, fans were shocked by Malone’s ability to genre hop. The “Circles” singer effortlessly carried the country tune in between puffs on a cigarette. The star’s crossover shocked many fans; however, Malone has proven his love for country music before. Most memorably, Malone enjoyed Shania Twain’s 2019 AMA performance to the very fullest.