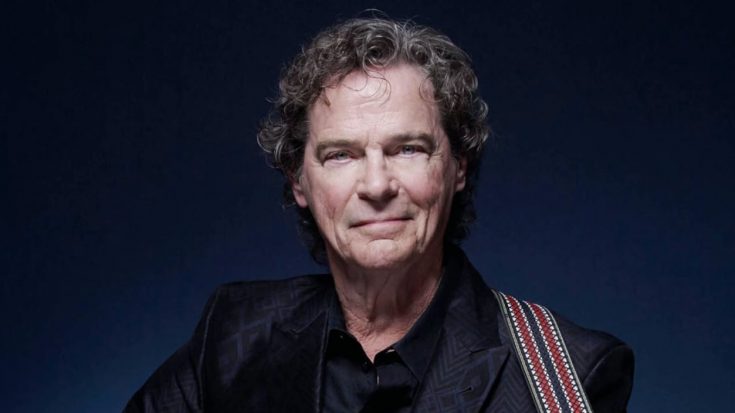 One of the world’s most beloved singers is in need of some prayers right now.

On Tuesday night (March 23), 78-year-old country, pop, and gospel singer B.J. Thomas announced he has been diagnosed with Stage 4 lung cancer. The five-time Grammy winner shared the news via a statement on his various social media profiles.

“B.J. Thomas revealed today that his doctors have diagnosed him as having stage four lung cancer,” the start of the statement read. “Thomas is receiving treatment in a local health care facility in Texas, and is hopeful for a complete recovery.”

In the statement, B.J. shared his gratefulness for his wife, Gloria. He also thanked everyone else who has ever loved and supported him throughout his life and career:

“I just wanted to take this unique opportunity to share my gratitude to Gloria, my wonderful wife and my rock for over 53 years, my family, friends, and fans. I’m so bless to have had the opportunity to record and perform beautiful songs in pop, country, and gospel music, and to share those wonderful songs and memories around the world with millions of you.”

B.J. closed his statement by asking his fans to keep him in their prayers as he fights his battle against cancer.

In the country music world, B.J. is best known as the voice behind the #1 country hit “(Hey Won’t You Play) Another Somebody Done Somebody Wrong Song.” The tune, which was released in 1975, was also a #1 hit on the all-genre Billboard Hot 100 chart.

The song was later nominated in the Song of the Year category at the CMA Awards. Its songwriters, Larry Butler and Chips Morman, went on to win the Grammy for Best Country song in 1976.

Outside of country music, B.J. recorded timeless tunes such as “Raindrops Keep Fallin’ on My Head” and “Hooked on a Feeling.” Both songs have been used in numerous movies and television programs through the years. Perhaps most notabley, “Raindrops” was featured in the 1969 Western film Butch Cassidy and the Sundance Kid.

As mentioned previously, B.J. has won five Grammys over the course of his career. He has also earned two Dove Awards for his gospel material.

There’s no denying how much of an impact B.J’s music has made on this world. Our hearts and prayers go out to him and his family during this surely trying time.